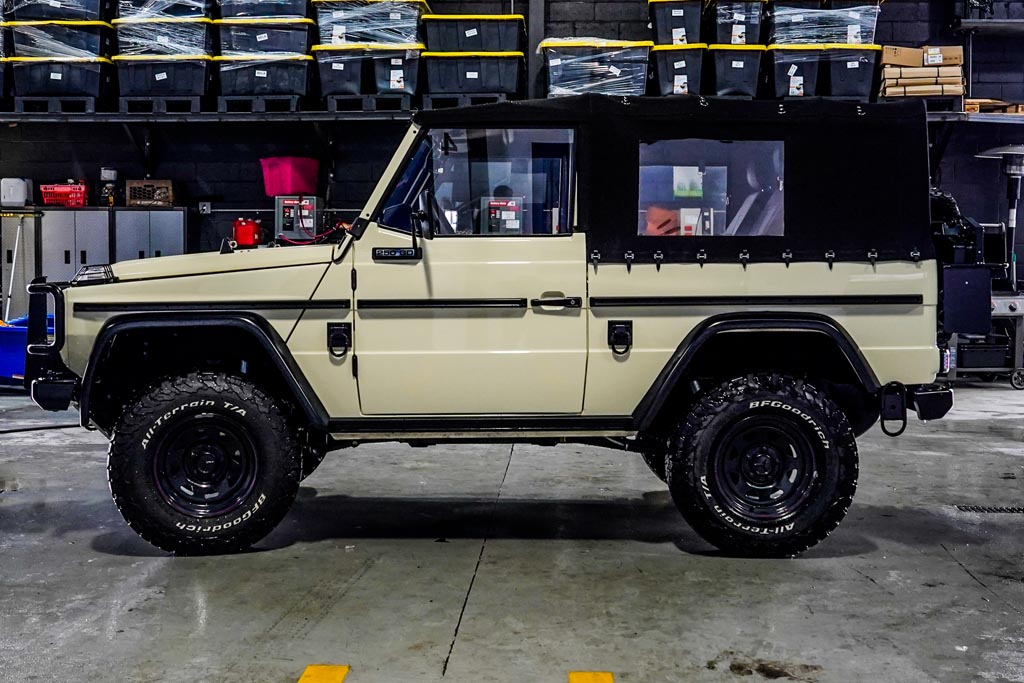 Mercedes-Benz supplied the German military with the 250GD G-Wagen between 1990 and 1993. The German army then returned the favor by giving the 'Wolf' nickname to its G-Wagens. With its characteristic boxy-style, body-on-frame construction, and all-conquering attitude, this SUV deserves to hold the Wolf moniker. To mark the GD Wolf's 40th birthday, the Expedition Motor Company laboriously upgraded a collection of those former military SUVs. This stunning example of the 1990 Mercedes-Benz 250 GD Wolf Wagon is carefully modified and restored by the Expedition Motor Company. This already rare 1990 G-Wagen had its entire body removed from the frame before being media blasted to the bare metal. All of the internals were then repaired or replaced. The G-Wagon is located in New Jersey and has only done 2500 miles after the restoration. 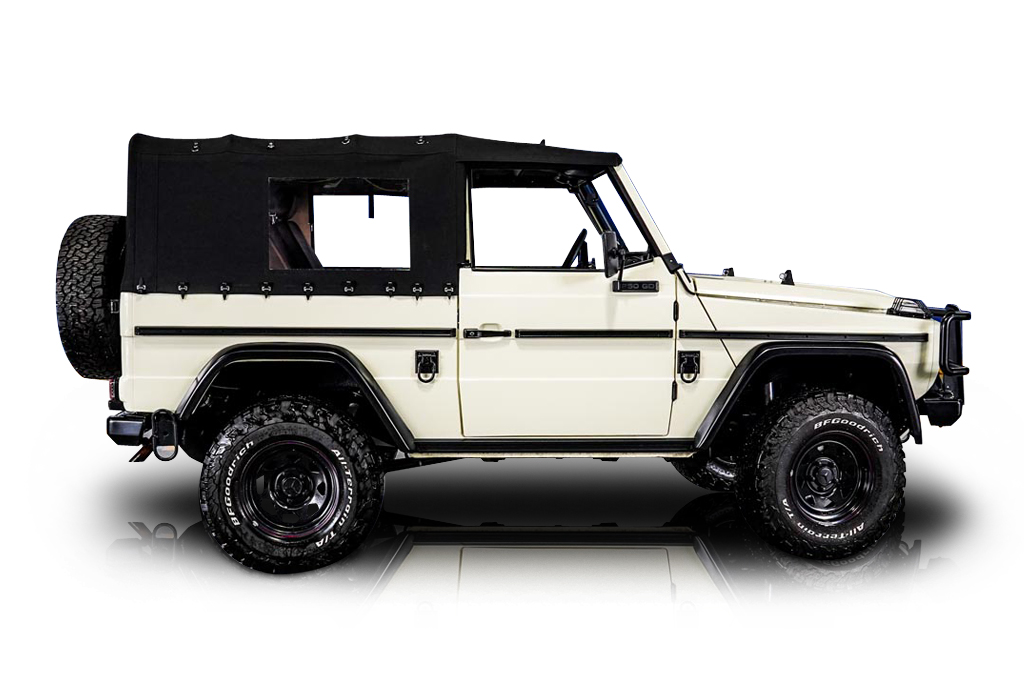 The exterior of this 250 GD Wolf has been upgraded and rebuilt from top to bottom. An anti-corrosive primer has been applied to the body, which is painted in white. It rides on newly installed wheels and BF Goodrich All-Terrain T/A tires, which are balanced and aligned. A new custom interior was installed in Saddle Brown, increasing its uniqueness. The Wolf wagon is also fitted with new window seals and gaskets.

Power is managed at the wheels via a standard manual transmission. As part of the rebuild, the engine was removed after testing cylinder compression and oil pressure. It was then cleaned, disassembled, and inspected, then rebuilt with new components. The engine block is also cleaned, prepped, and refinished. The cylinder head is removed for inspection. New components in the engine include front and rear crankshaft seals, cylinder head bolts, cylinder head gasket, timing belt, water pump, and oil pan gasket. It also features a timing belt tensioner pulley to maintain tension overtime. The same treatment has been applied to the transmission as well. It was also removed, cleaned, and disassembled to be rebuilt with all new transmission seals, clutch, throw-out bearing, gaskets, and seals. The transfer case housing and gearbox housing are both refinished. The suspension is fitted with new urethane suspension bushings, steering damper, and the suspension steering is aligned. With this impressive build sheet, this Wolf has undergone extensive road testing after restoration. In addition, the axles were completely removed from the vehicle before the axle housings were media blasted and refinished. This car features replaced wheel studs and regreased hubs. The brakes are modified with all new brake hoses, brake lines, and rebuilt calipers. It also offers reconditioned drums, new pads and shoes, new rotors, new body mounts, new fuel lines, new springs, and new shock absorbers. 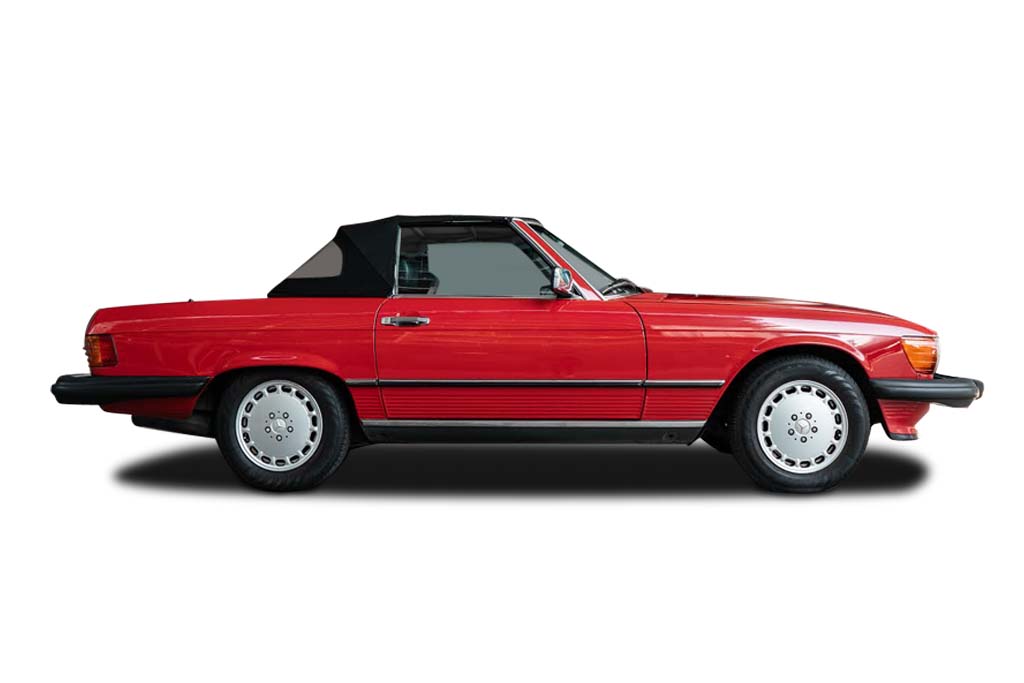 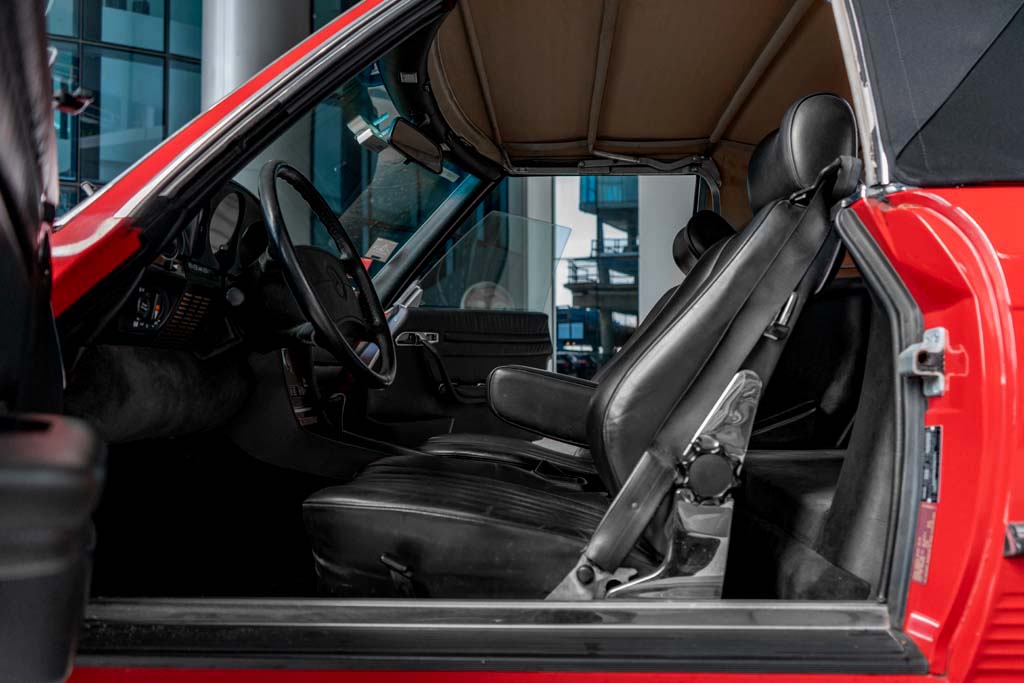 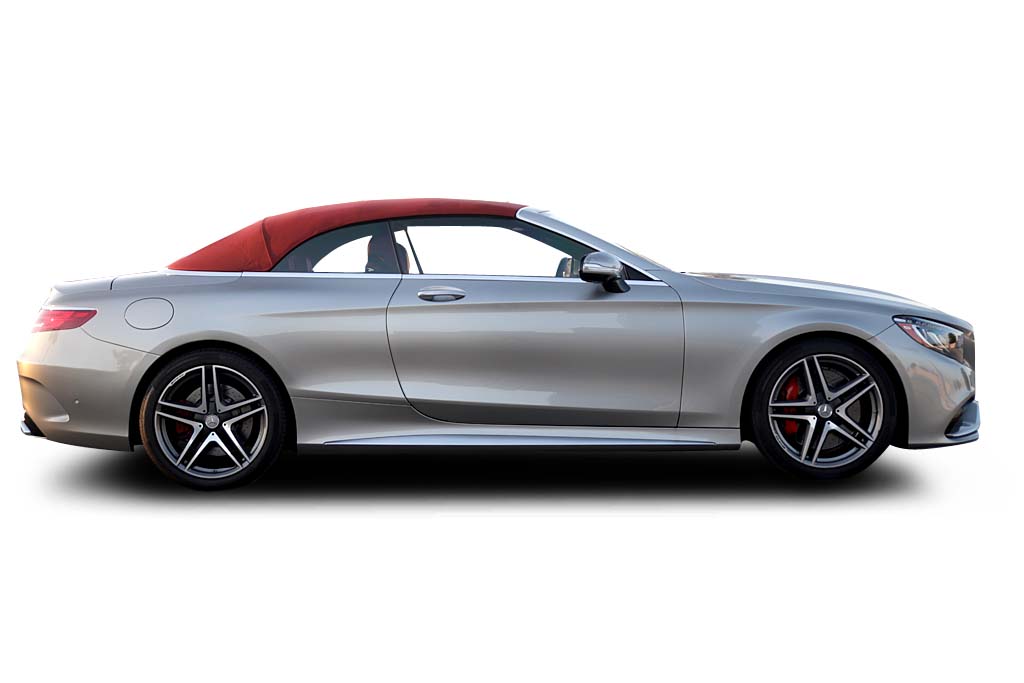 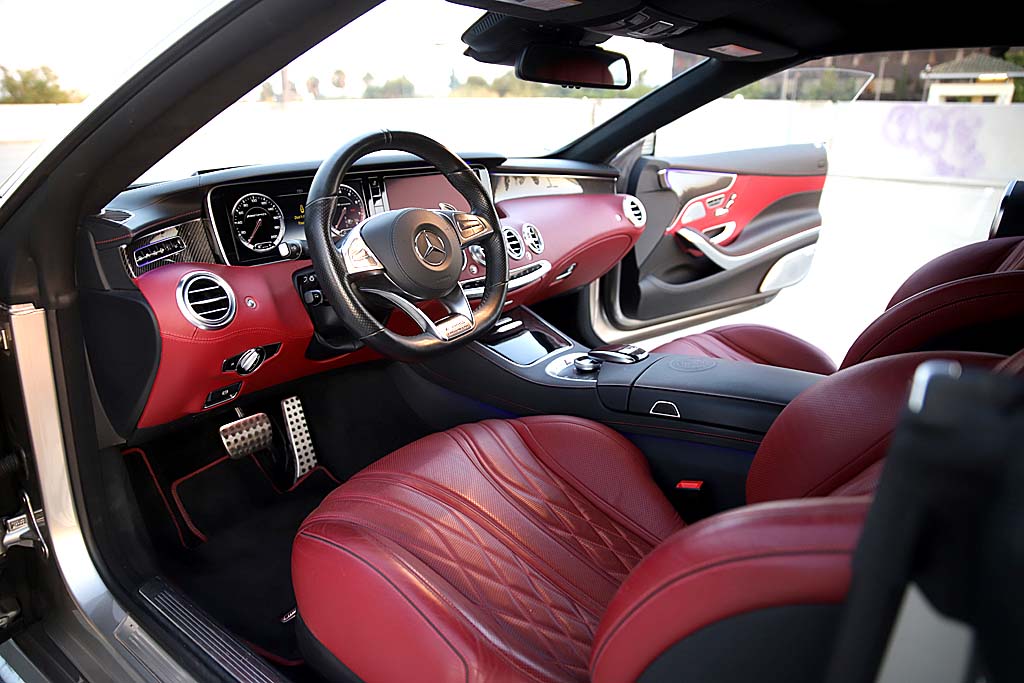 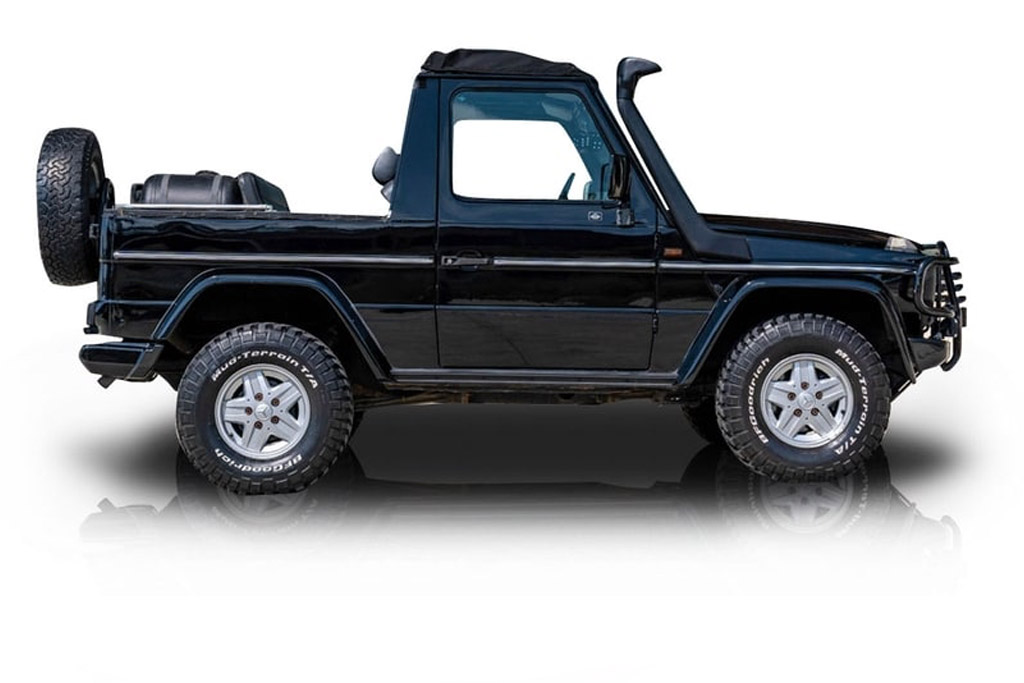 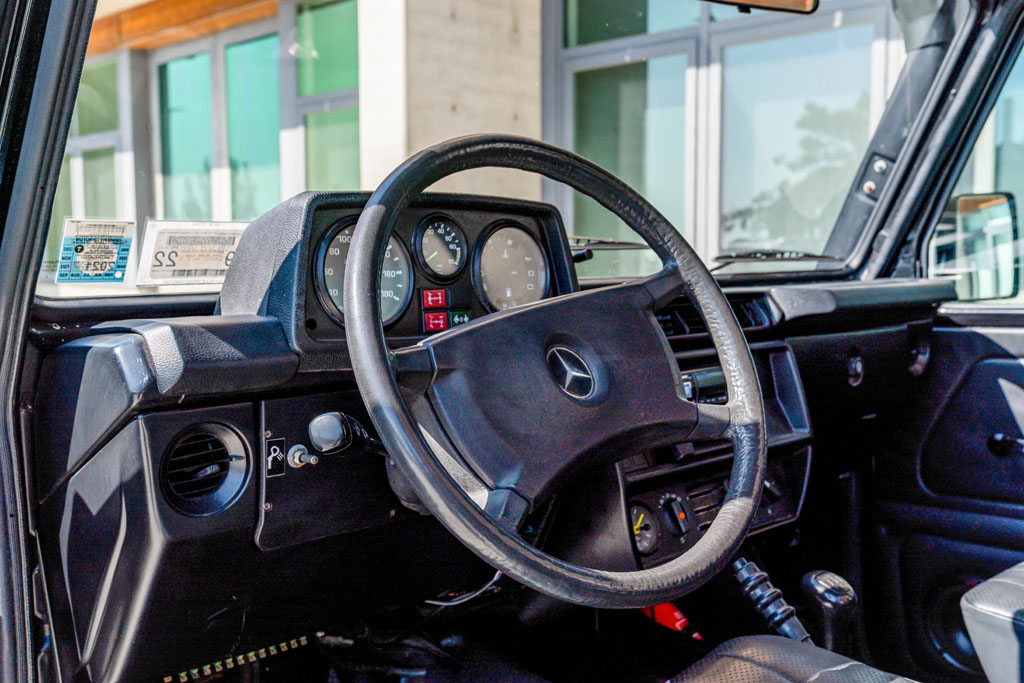