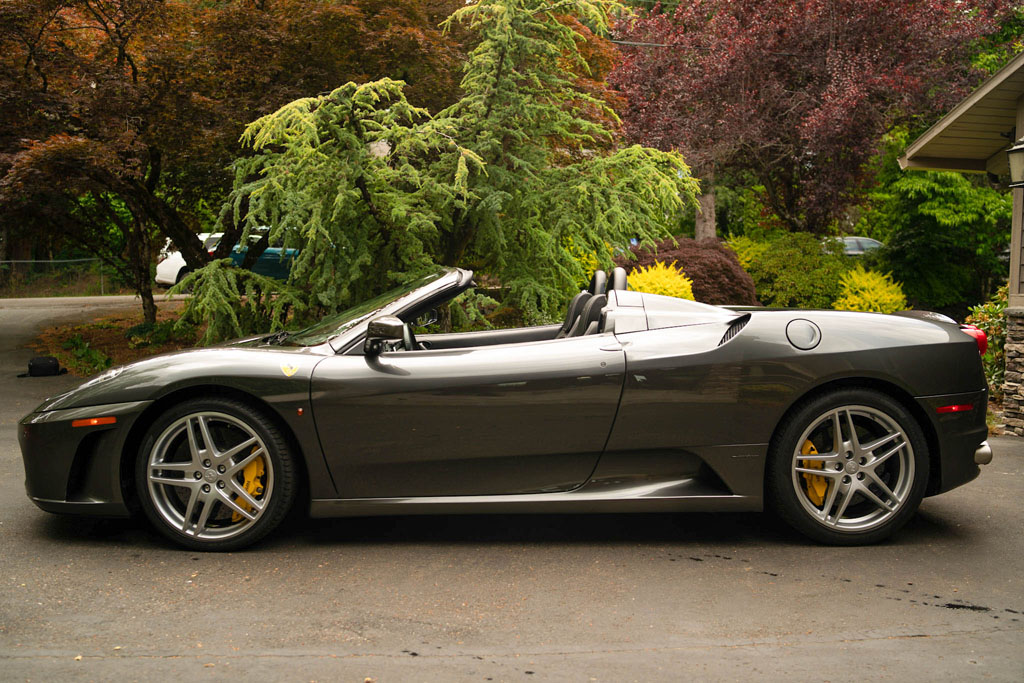 When it comes to Italian sports cars, there’s no name more synonymous than Ferrari. Based in Maranello, specialized in crafting iconic sports cars since 1939, it was founded by Enzo Ferrari, also known as Il Commendatore (The Commander) for his no-nonsense, no-compromise approach. This car is a 2008 example of the popular Ferrari F430, which ran from 2004 to 2009, as the successor to the Ferrari 360. It’s also a Spider/Spyder — which is an Italian way of saying convertible or drop-top. This example is from Oregon and comes with 15,500 miles on its wheels. With an impressive range of options spec’d, this 2008 Ferrari F430 Spider F1 had a retail price of $253,419.00. The original red Ferrari car cover is included in the purchase. 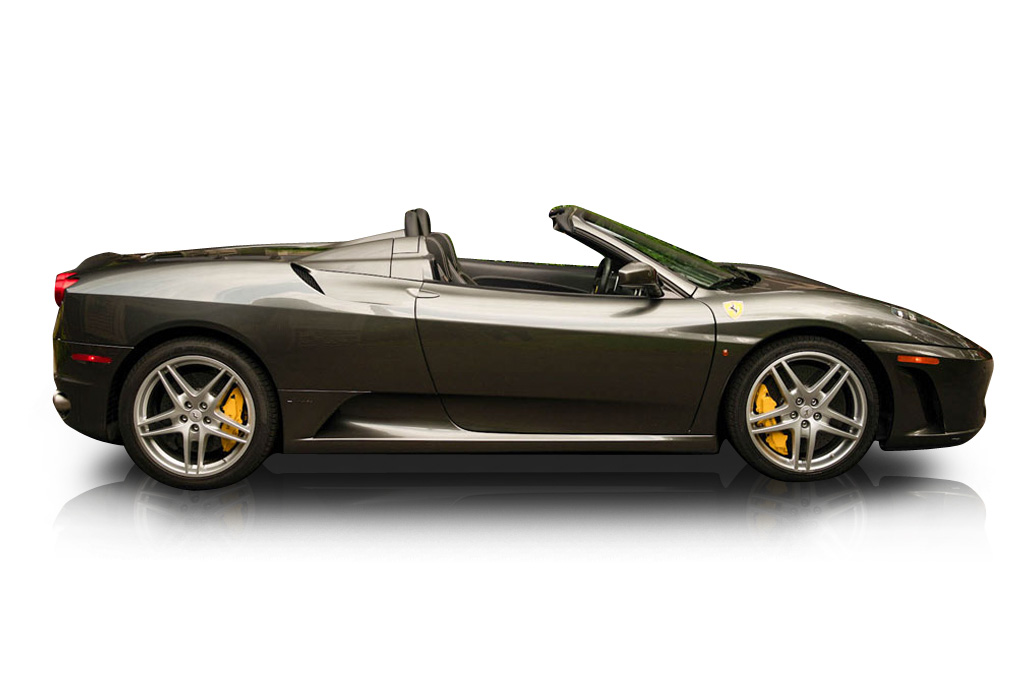 The styling of a Ferrari is instantly recognizable, as is the distinctive sound of the engine and exhaust note. The 430, as with many of Ferrari’s models, was penned by renowned Italian design house Pininfarina. While red (Rosso) and yellow (Giallo Modena) are common Ferrari colors, this example comes in a restrained shade of Grigio Silverstone, with yellow brake calipers. The iconic Ferrari rims have been ball-polished for extra sheen and come wrapped in a set of new Pirelli P-Zero tires that have done around 4,000 miles. On the inside, it’s a purposeful Ferrari driver-focused cabin that includes Daytona-style electric seats, special stitching, custom floor mats, and a leather rear shelf and door moldings. Other conveniences include front and rear park sensors, a K40 radar wired into the dash, and a Bose high-power stereo system with a Sony head unit.

This 2008 F430 Spyder comes with the glorious 4.3L V8 from the Ferrari-Maserati family of engines. Under a flattened throttle, it sings a musical song through the quad tailpipes while outputting 483bhp at an eye-widening 8,500rpm, along with 343 lb-ft of torque at 5,250rpm. Ferrari has ensured that the engine is flexible at lower speeds for regular driving, with 80% of torque available below 3,500rpm. The power is sent to the rear wheels via Ferrari’s 6-speed automated manual, which offers automatic and manual shifting via paddles behind the steering wheel. This car has had a new clutch installed less than 500 miles ago. The brakes were developed with Brembo and Bosch to ensure appropriate stopping power. The headline performance figures are a sprint to 60mph from rest in approximately 3.6 seconds and a top speed of 196mph. 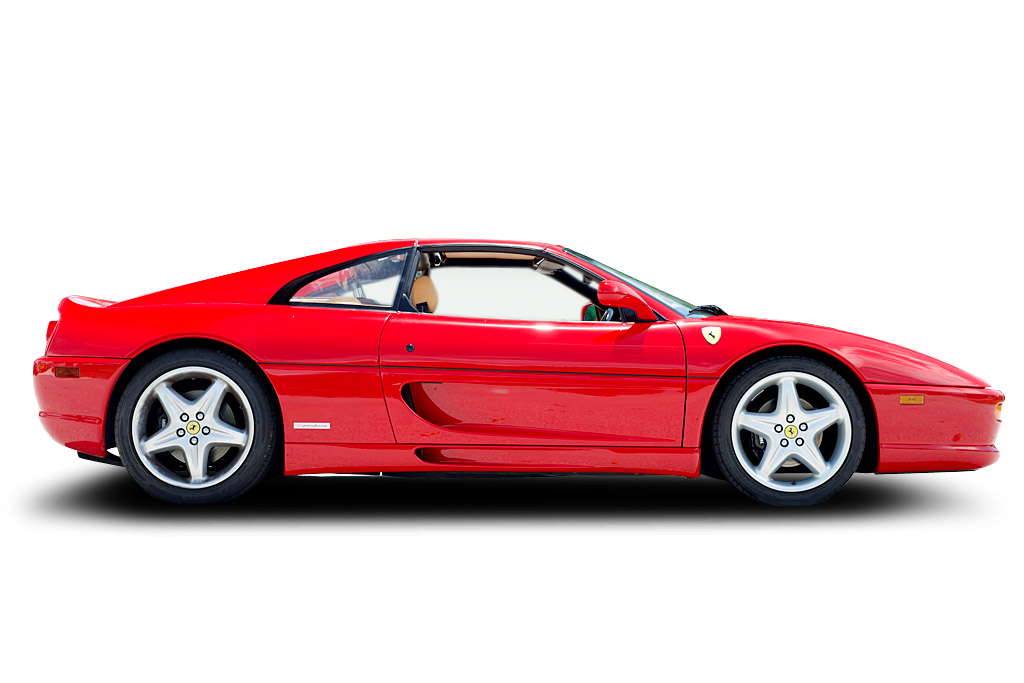 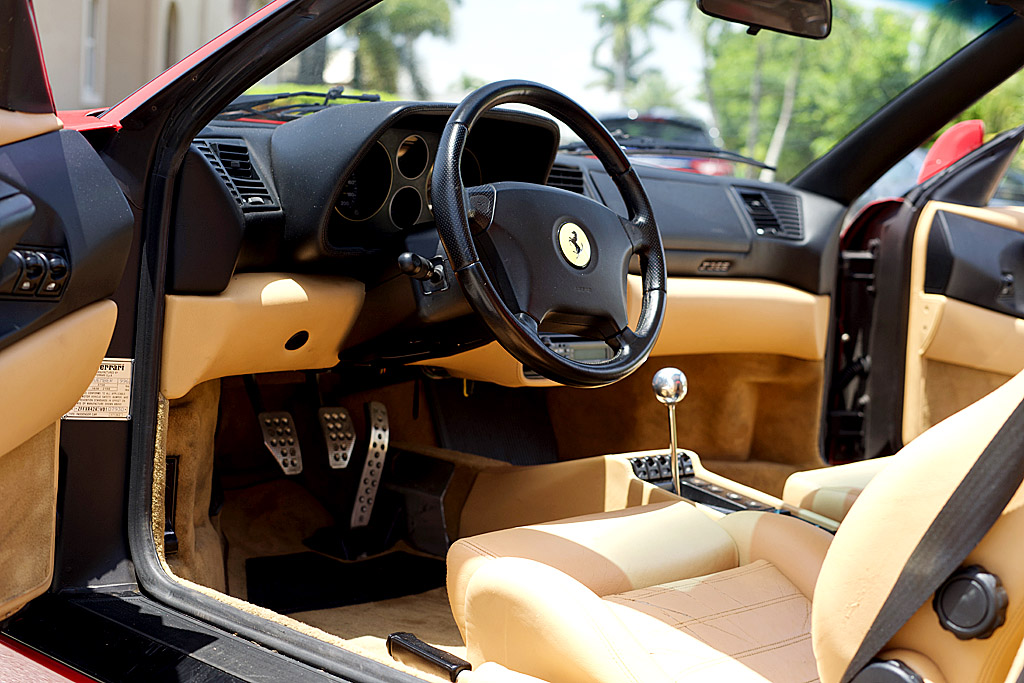 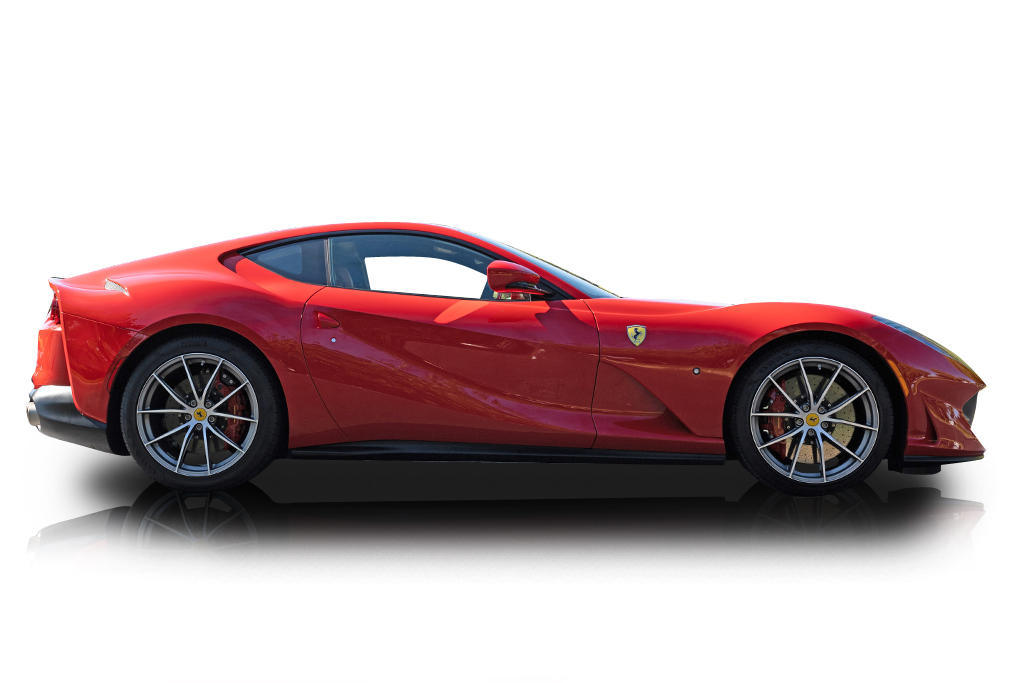 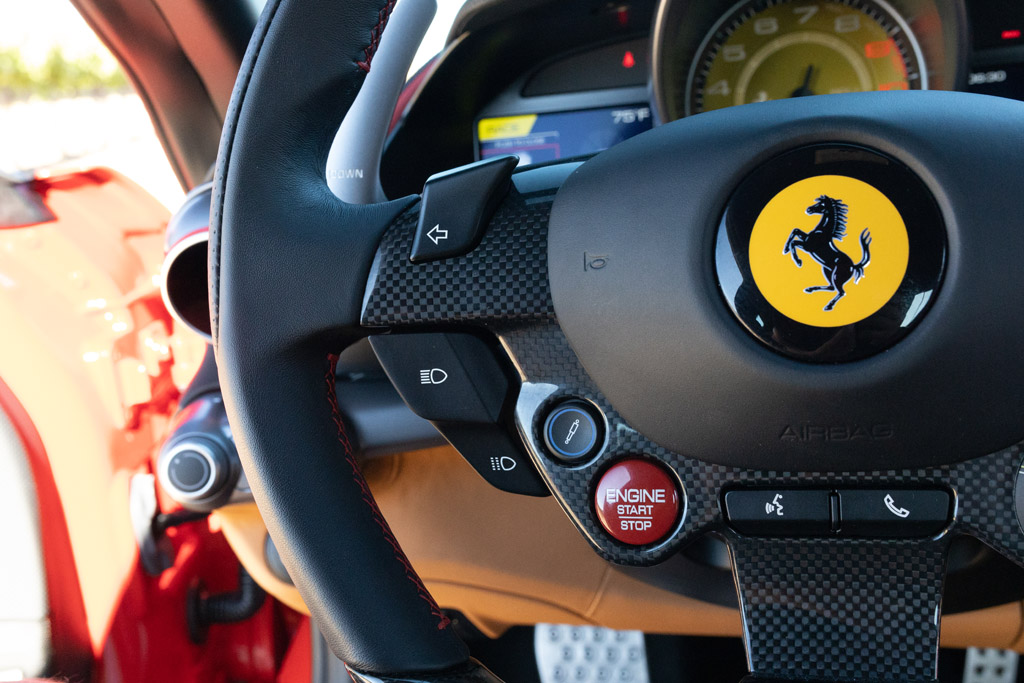 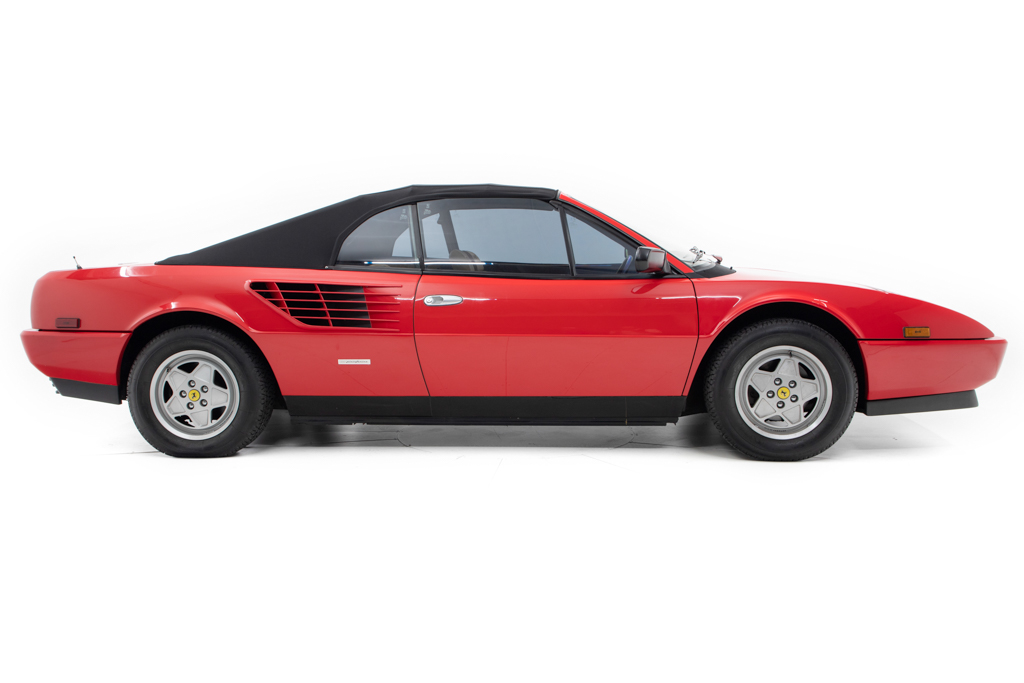 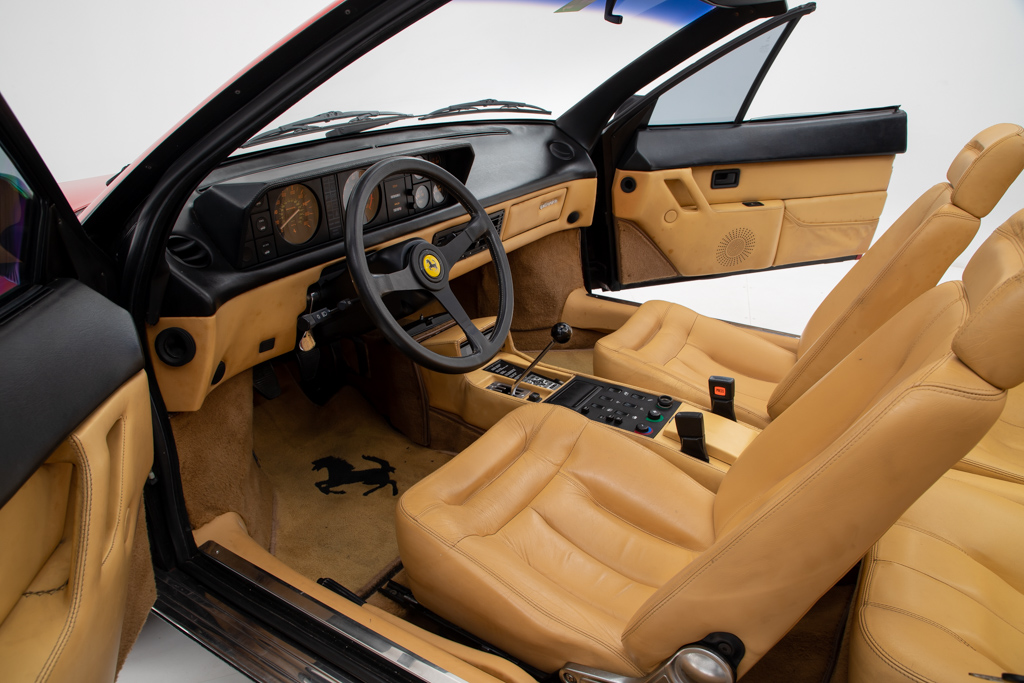