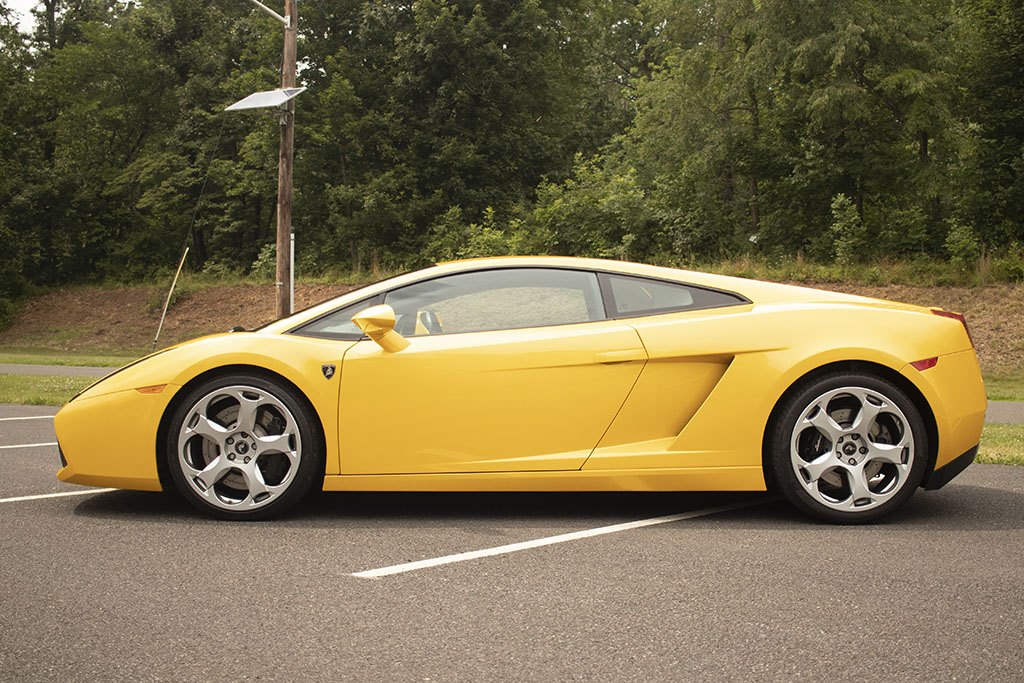 The Gallardo was first introduced by Lamborghini back in 2003 and saw a tad over ten years of production before being replaced by the Huracan in 2014. It was the Italian automaker’s best-seller by far, with a total of 10,022 examples being built during its time. In fact, the car was so influential that it is argued to be in the club of most famous exotics in modern automotive history. Named after a popular breed of fighting bull, the Gallardo saw two generations. This is a 2007 Lamborghini Gallardo Coupe from New Jersey that has seen just 19,500 miles on the road. 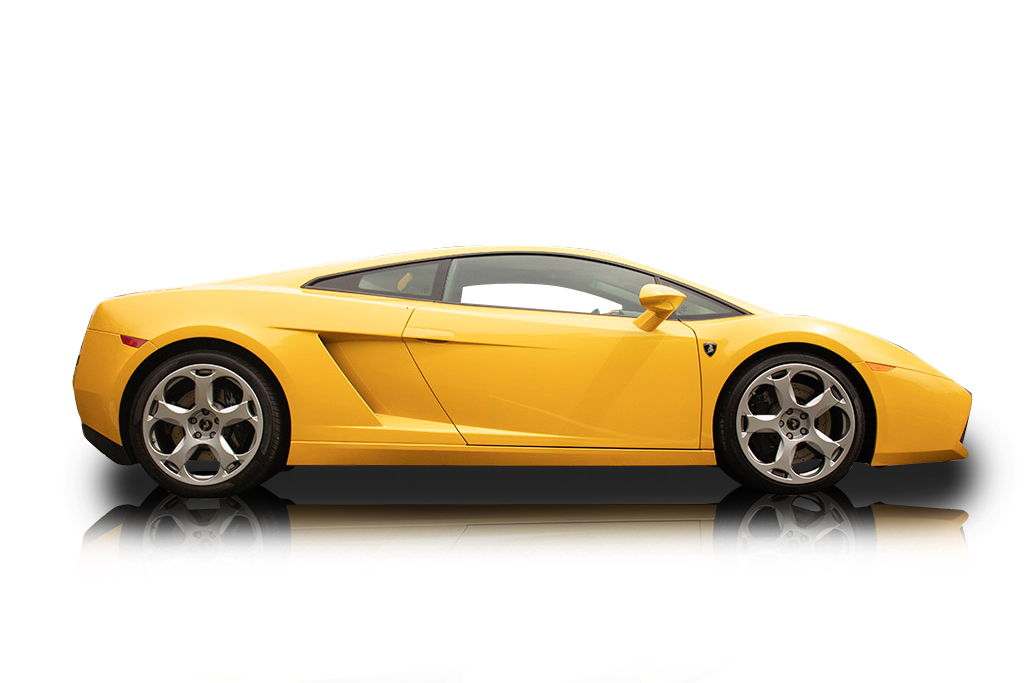 Unlike the more traditional designs that were typically associated with Lamborghini like wide wheel arches, buttresses, and the iconic butterfly doors, the Gallardo was sleek and sensible, but that didn’t take away the magnificence it inherits by being a Lamborghini. This 2007 Lamborghini Gallardo Coupe is a sublime example, cloaked in what the Italian master auto craftsman-like to call ‘Giallo Midas Pearl’ – that’s yellow for us mere mortals. The car has also received a Clear Bra protection film on the nose, rails, and mirrors, and features the rare glass engine cover option. This Gallardo also has a Tubi exhaust in the rear and sits on a set of 19’ OEM Lamborghini wheels that have been Cassiopeia powder-coated in Hyper Silver and wrapped in Pirelli P Zero tires. Behind the wheels is a set of color-matched gloss black brake calipers with the Lamborghini script. The car also has the front lift option to aid traversing speed humps and potholed roads. The interior of this Gallardo features a black leather interior, including a set of leather bucket seats with yellow stitching to complement the exterior of the car. You will also see a pair of black Lamborghini floor mats and black leather headliner. Whilst that glorious engine provides a stunning soundtrack, you can also choose your own tunes via the professionally installed Pioneer double-DIN head unit that supports navigation, Bluetooth, CD playback and iPod connection, and is backed by a 4-channel amp.

Placed just behind the cockpit of this 2007 Lamborghini Gallardo Coupe is the even-firing 5.0L V10 engine that was developed specifically for the model. Power output is around 513hp and is controlled via a 6-speed e-gear automated gearbox. The E-gear system on this one has reportedly been rebuilt, and the car is now equipped with a new Kevlar clutch that was said to be broken in 500 miles ago, along with a new pressure plate and throw-out bearing. Drive goes to all four wheels, resulting in a 0-60mph time of 4 seconds, and a top speed of 196mph. 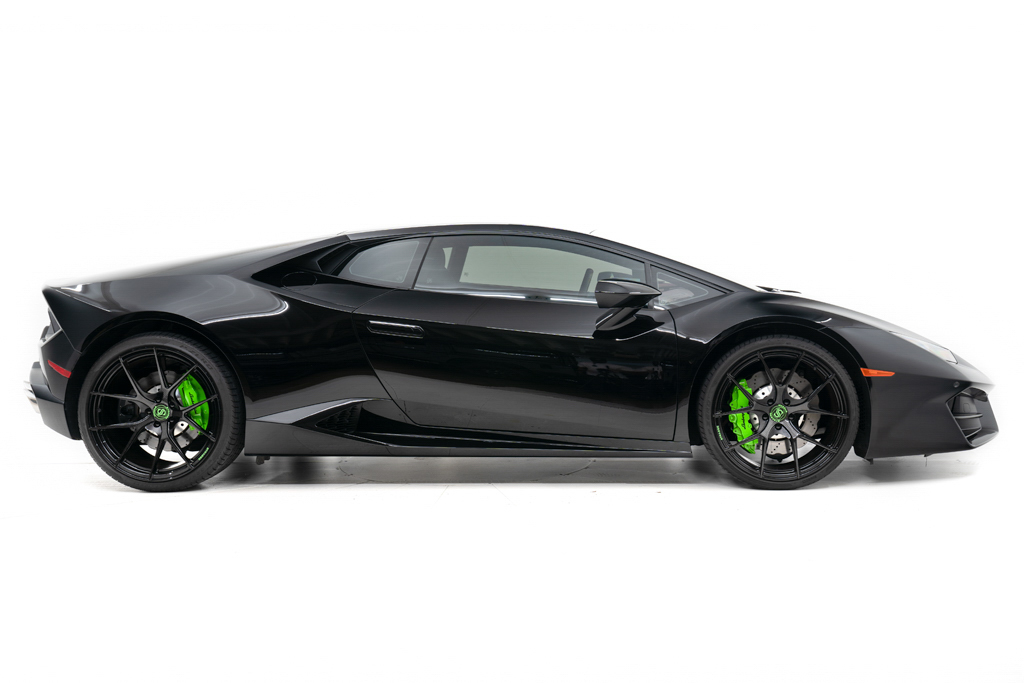 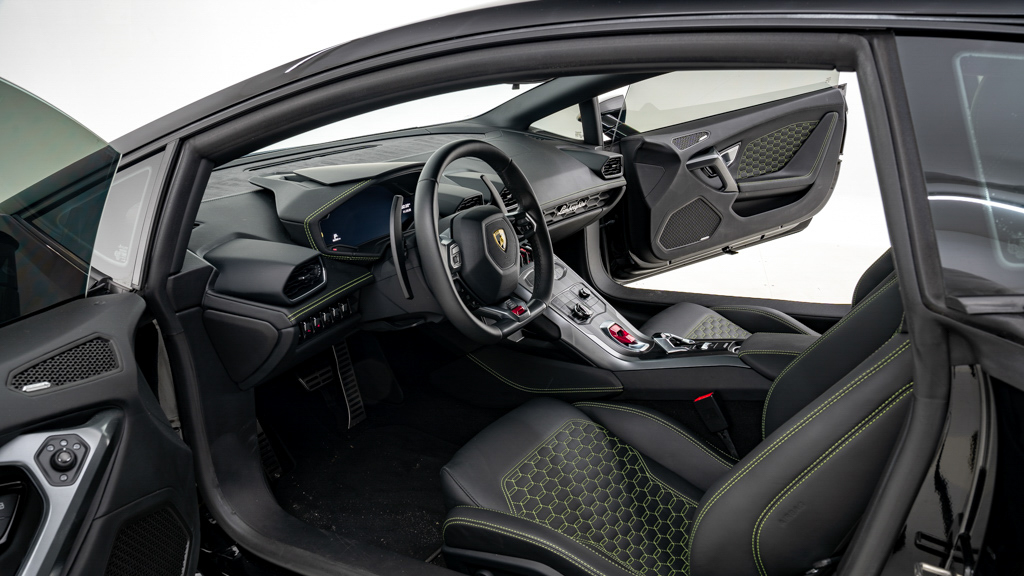 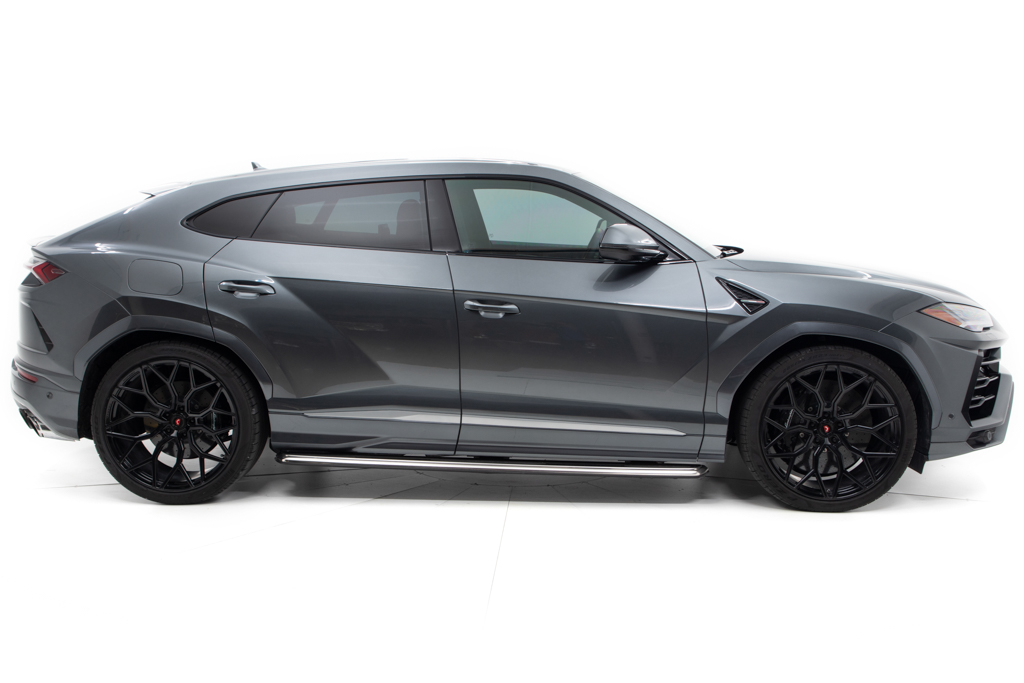 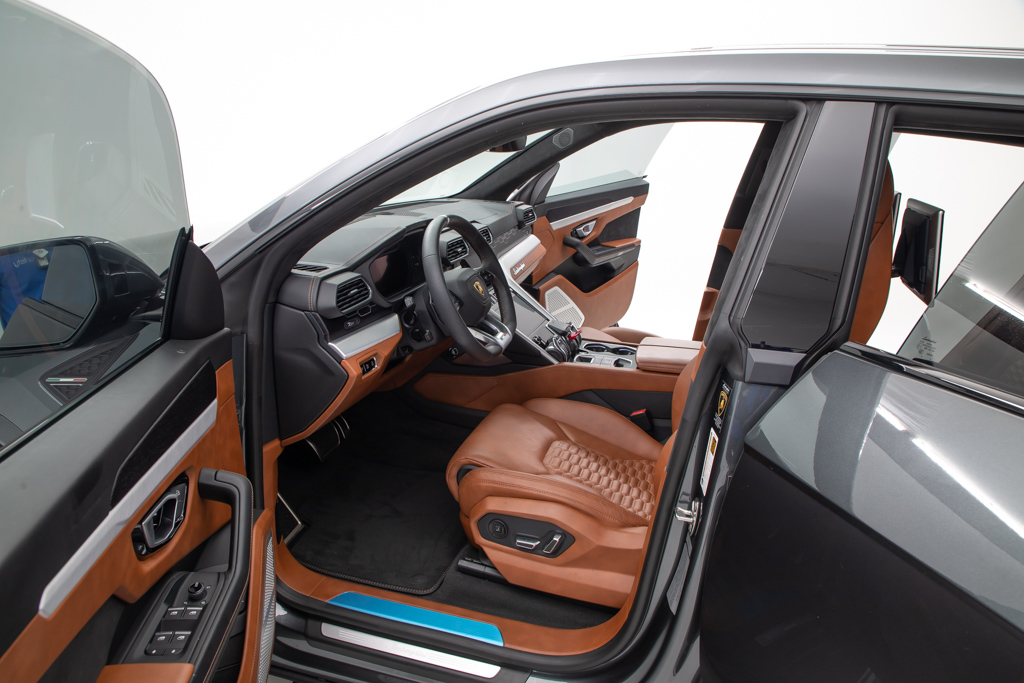 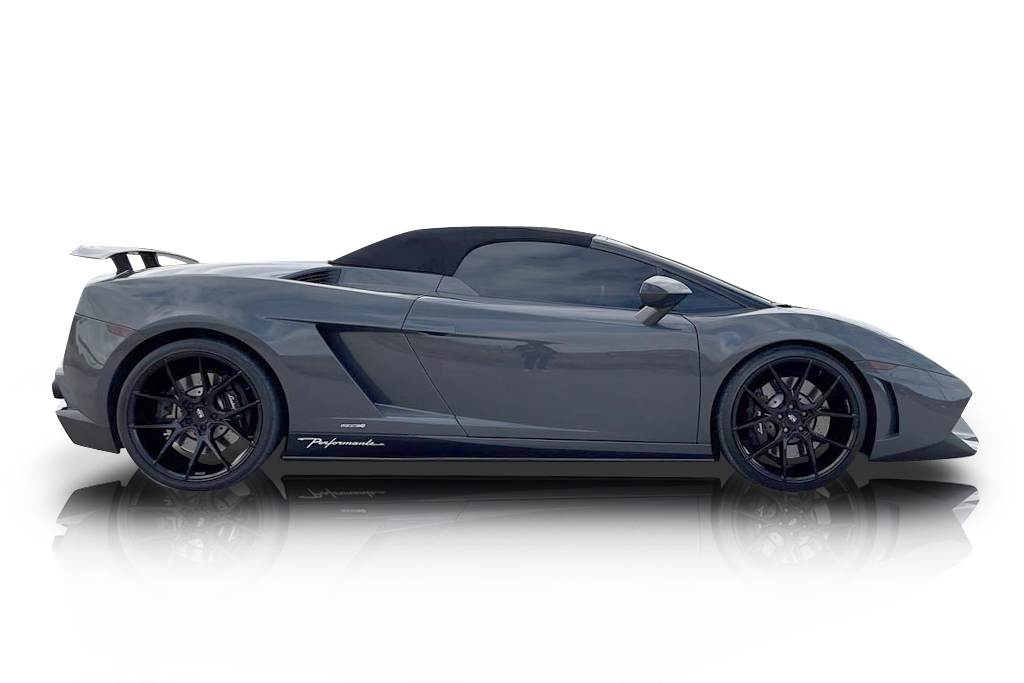 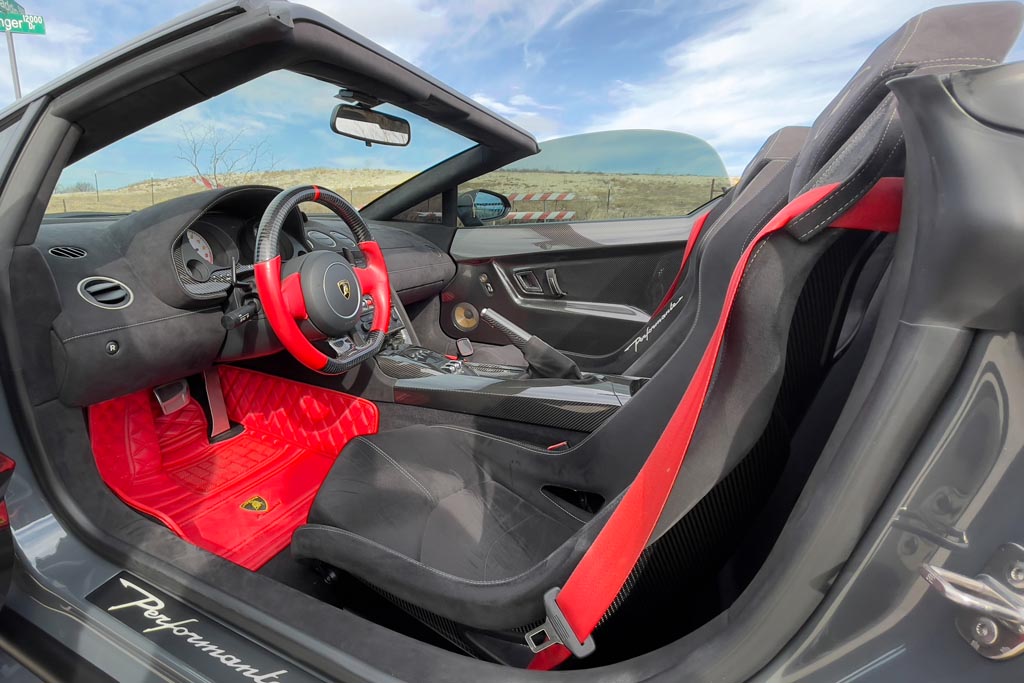