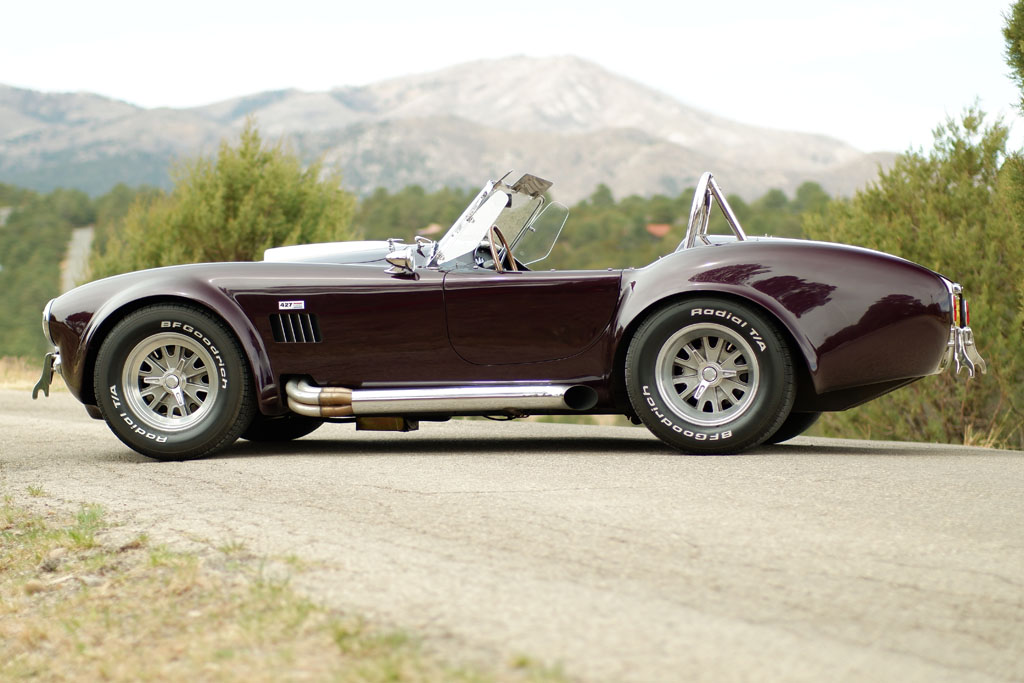 The legendary story of the Shelby Cobra started back in 1961 when fabled retired American racing driver Carrol Shelby asked British automaker AC to build him a car that could carry a V8 engine. With the cars provided by AC, Shelby's team crafted several Cobra models that could be found at home on the streets as well as race tracks. His creation was such an icon in automotive culture that various automakers craved for the license to build continuation Cobra cars. The Superformance Cobra MK III is one such car. It's built by one of the licensed manufacturers who meet the standards of the original AC Cobra. This Superformance 1965 Cobra MK III has spent its time in New Mexico for five years with its current owner. It features a special engine installation and has only 9500 miles on its clock, while its previously-replaced Odometer shows 4500 miles. All maintenance and service work required has been kept up to date, and it is perfect for those looking to stand out — In the owner's own words, it "sounds like a pack of Harley Davidsons going down the road". 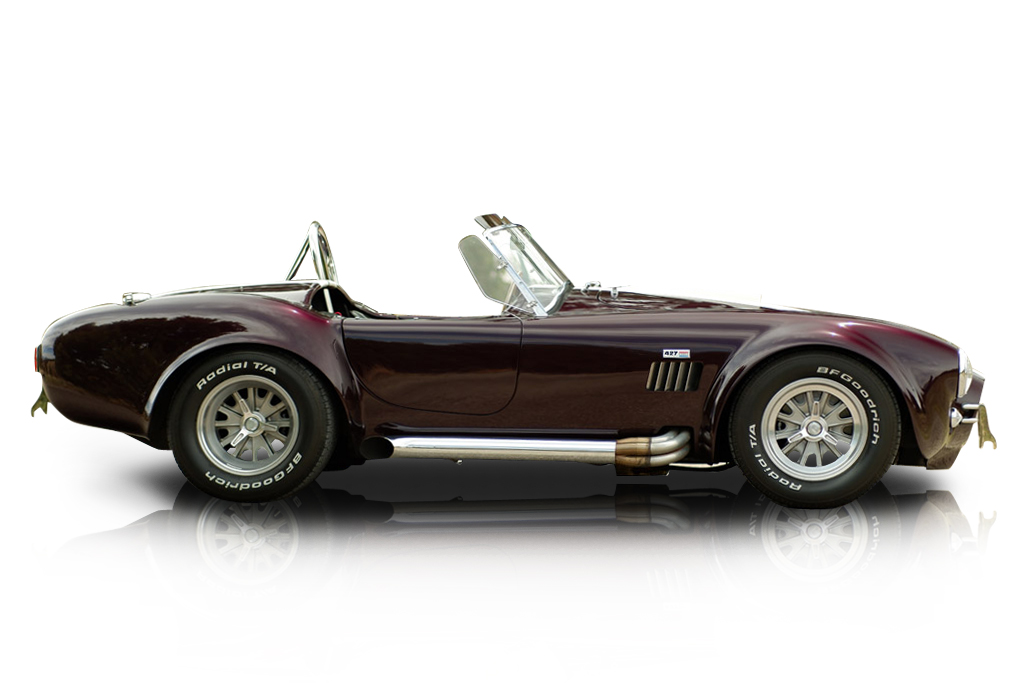 The exterior is finished in a gorgeous shade of Black Rose exterior paint, which the owner refers to as a "very unique and beautiful color." It's complemented by white Shelby stripes that coalesce the iconic Cobra MK look. This 1965 Superformance Cobra rides on BF Goodrich Radial T/A tires and 15" Halibrand wheels that have black Wilwood disc brake calipers hiding behind them. The Canvas top with frame rods is removable, and the car also comes with a snap-in Canvas cockpit cover. The authentic black interior has comfortable leather seats, and the dash is adorned by gauges, including an odometer, amps, fuel, and oil read-outs. The Moto Lite steering wheel and Superformance floor mats add a nice touch to the cabin.

"It's just a dream to drive with all the power" are the owners' words that show how special of a role the engine plays in this 1965 Superformance Cobra MK III. The original 351ci Windsor is stroked to a more powerful 427 small block engine that has pushed out 550 horsepower on Dyno runs. With a Tremec 5-speed manual transmission distributing the power, this engine has custom Nascar heads by Robert Yates, new plugs and plug wires, a new distributor cap and rotor, Dart block, roller cam, and an eight stack fuel injection set up by Kinsler.

- Up For Sale is Our 1965 Superformance Cobra MK III

-"Its just a dream to drive with all the power"- owner

-Maintenance and service is up to date 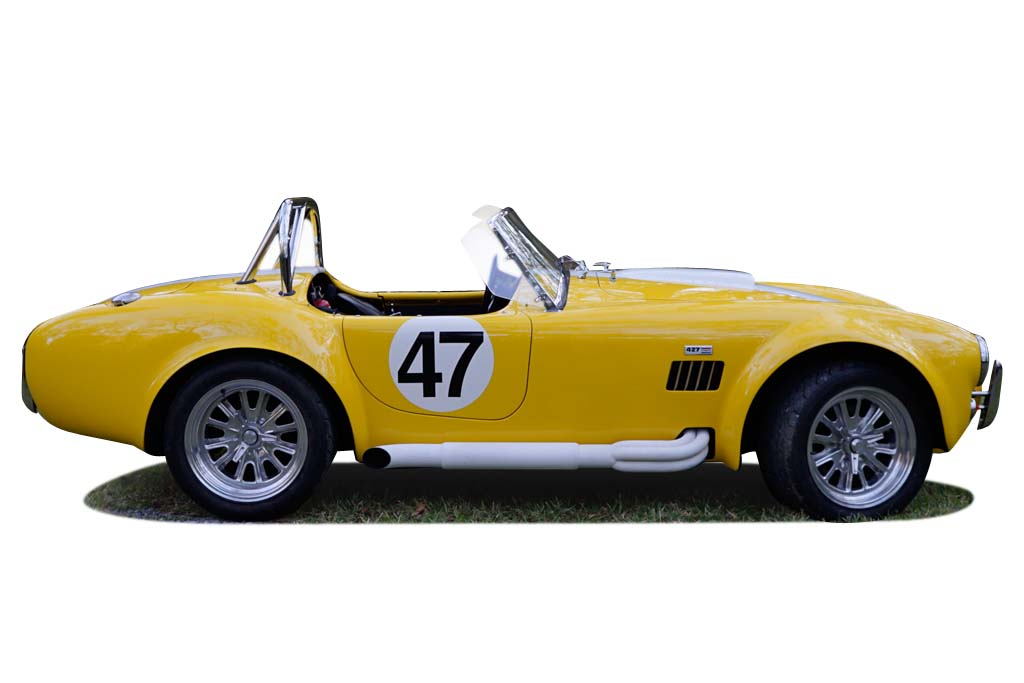 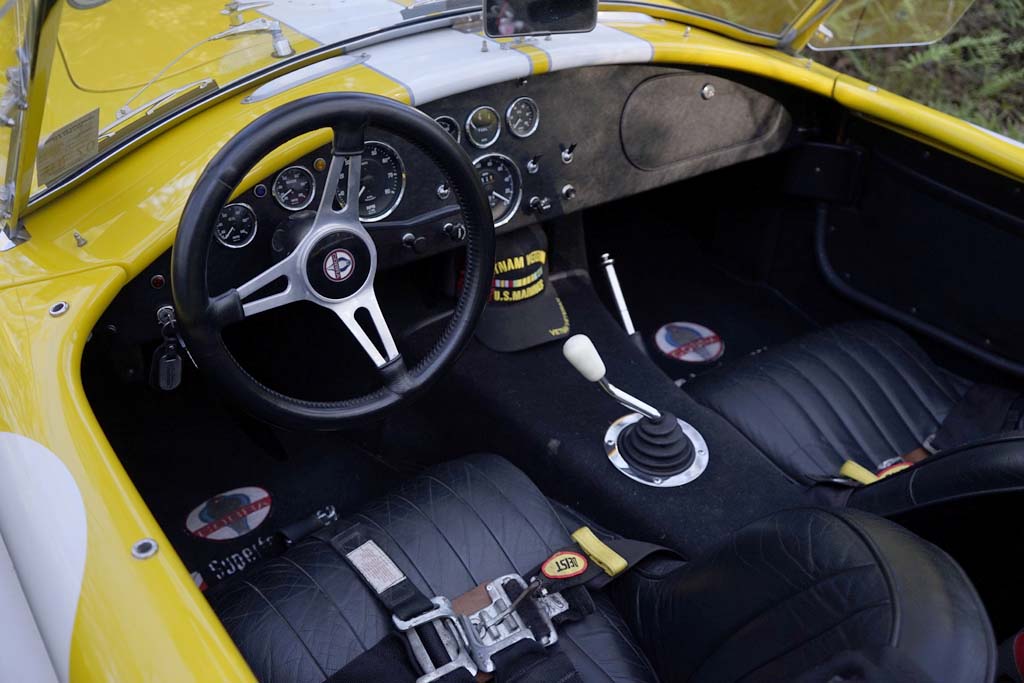