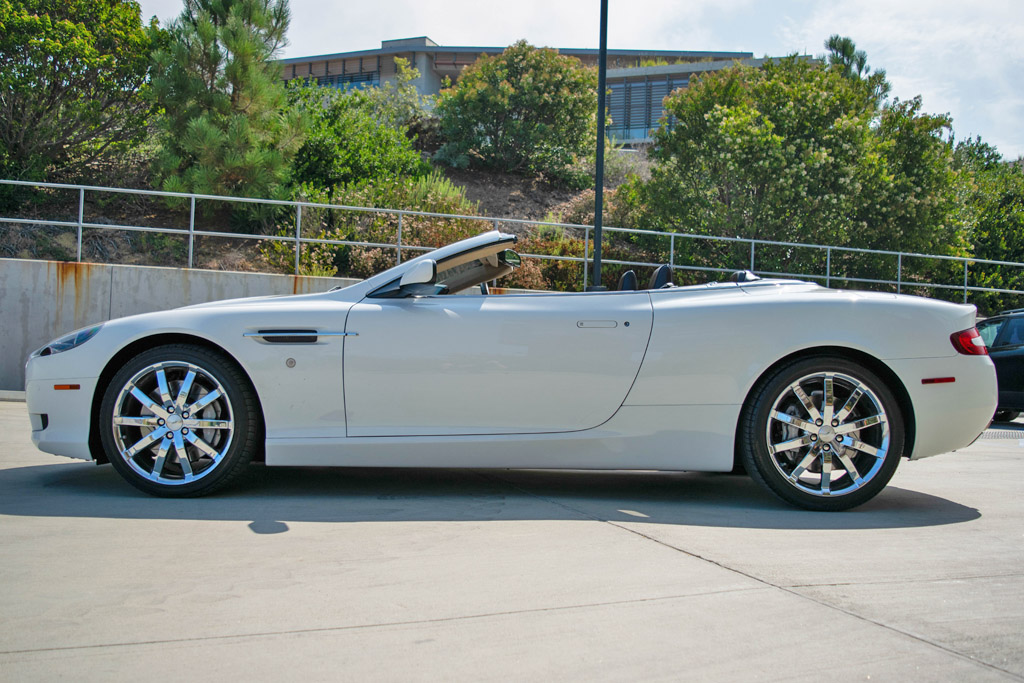 Aston Martin brings to James Bond to mind. This 108-year-old British car maker has become synonymous with providing the wheels to Ian Fleming’s fictional British superspy. Interestingly, it wasn’t until the third James Bond film, Goldfinger that Aston Martin got its screen time with the franchise, and they haven’t supplied cars for every one of his movies – in fact, Lotus and BMW also have had significant Bond time. Produced from 2004 to 2016, the Aston Martin DB9 was the successor to the DB7. Whilst it didn’t feature in a James Bond film, the DBS featured in Quantum of Solace is a model based on it, so there is a spiritual Bond connection with the DB9. This 2008 Aston Martin DB9 Volante is thus a perfect example of a gorgeous British roadster, regardless of if you are a Bond aficionado or not. Coming from California, it’s got just 18,594 miles and is on sale by its original owner. 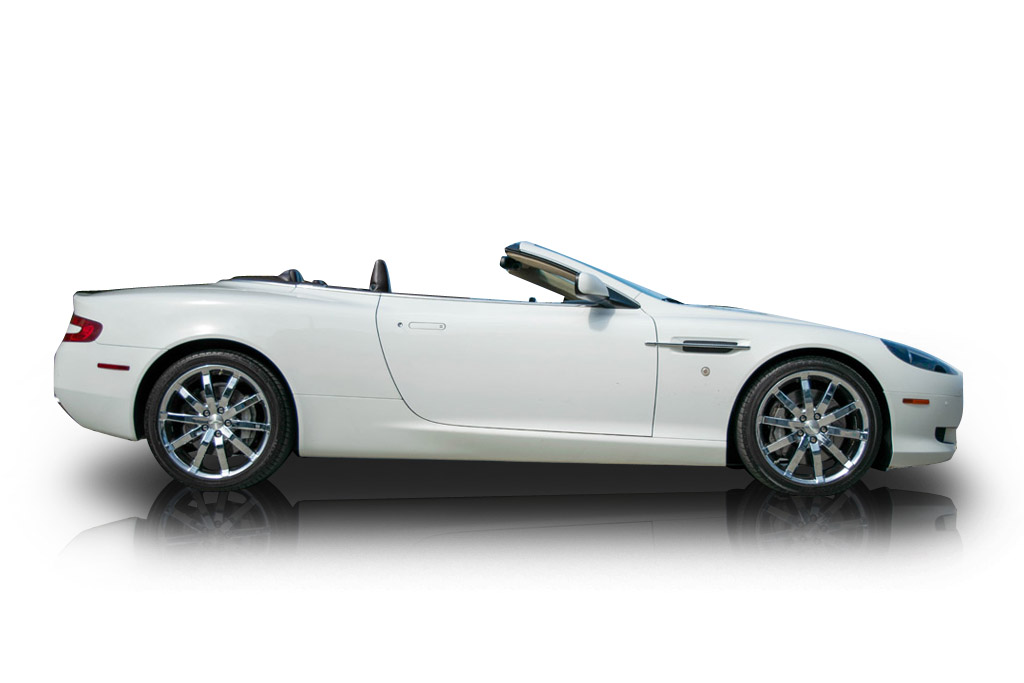 The DB9 was styled by Ian Callum and Henrik Fisker and is considered several styling steps above the DB7 which it replaced, particularly in Volante, or drop-top guise. This 2008 Aston Martin DB9 Volante sports that drop-top, coupled with a Stratus White exterior and rolls on chromed wheels that were acquired from Aston Martin San Diego. The interior is trimmed in Bitter Chocolate and seats four on leather seats. It’s got wood trim and aluminum accoutrements as well, including aluminum knobs for the climate control, and an infotainment system with radio, CD, and telephone integration. The driver sits facing a quartet of stylish analog dials with a counter-rotating tachometer and grips a leather-trimmed multifunction steering wheel. Gear shifting duties are taken care of by paddles behind the wheel, or you can just leave it in automatic mode. Brushed metal pedals and footrest complete the air of sporty elegance.

Aston Martin engineer their cars to go like the wind and sound like a hurricane whilst doing so. This 2008 Aston Martin DB9 Volante comes with the brand’s 5.9L (360ci) V12 engine that is naturally aspirated and puts out 450hp and 420lb.ft. It’s mounted behind the front axle to improve weight distribution and drives the rear wheels via a 6-speed ZF 6HP26 automatic transmission. The gearbox is rear mounted and driven by a carbon-fiber tailshaft running through a cast aluminum tube. Performance figures are 0-60mph in 4.9 seconds and a top speed of 186mph. Brembo brakes all round ensure proper stopping power. This car has been treated to a Vanquish exhaust system for added aural delights. 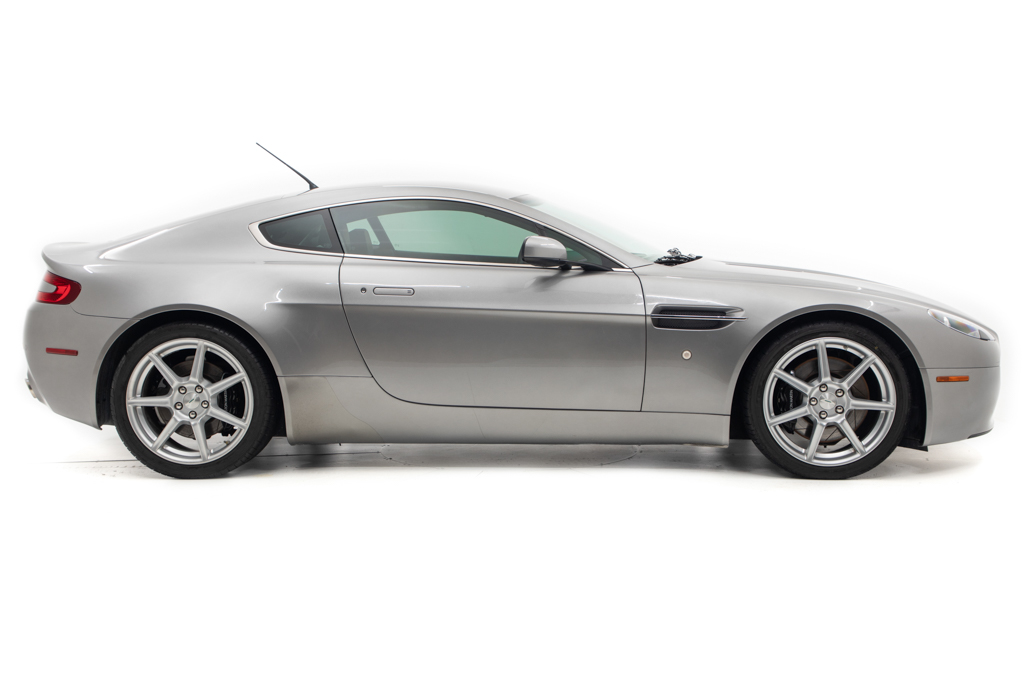 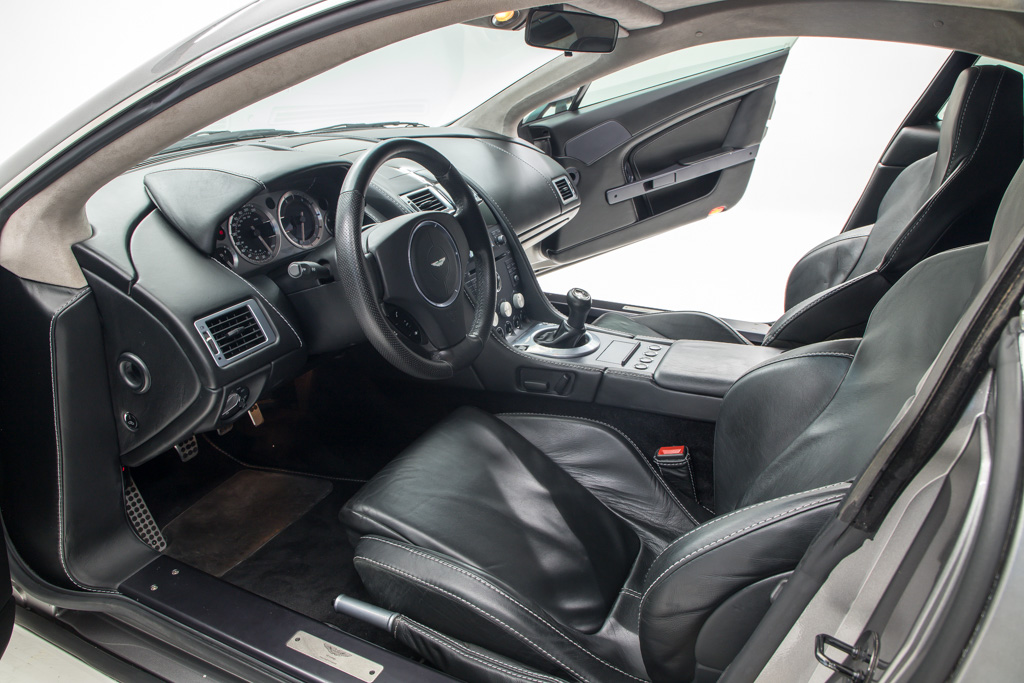 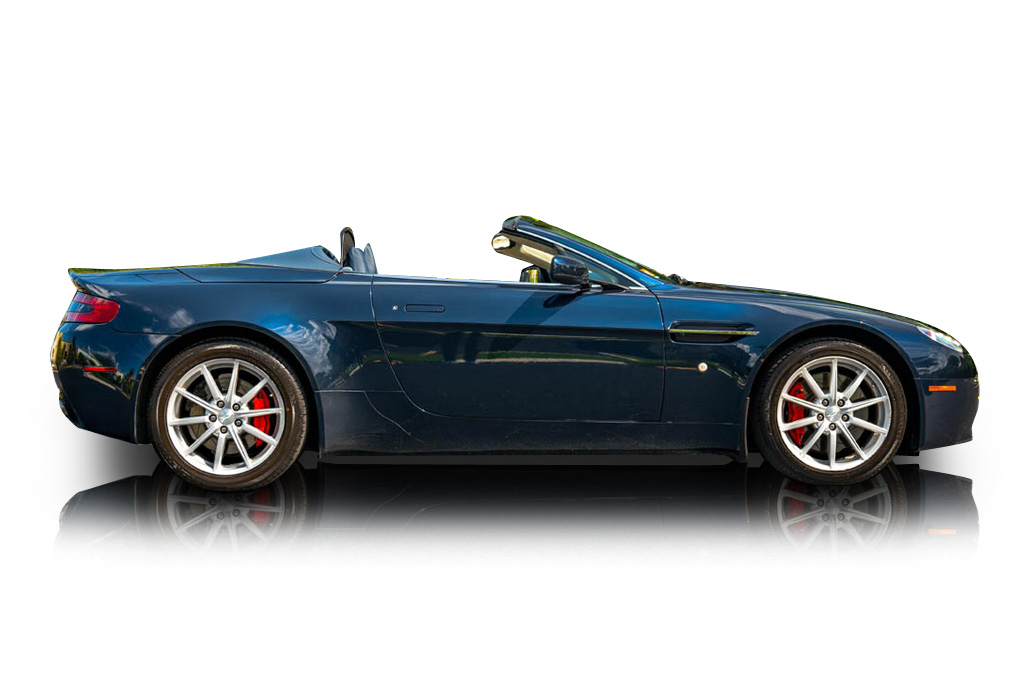 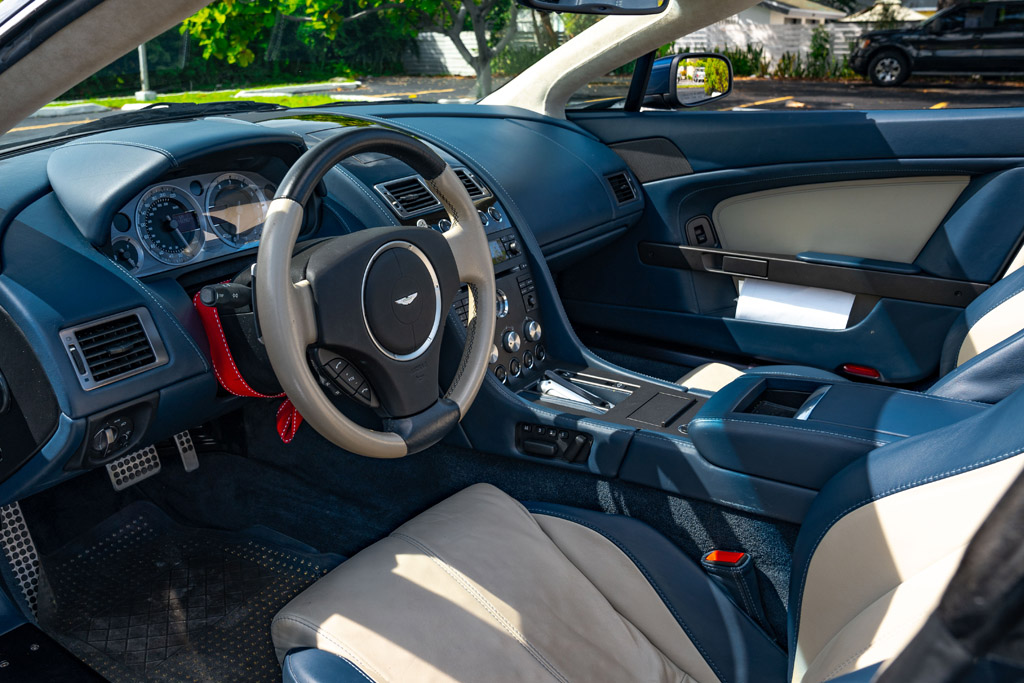 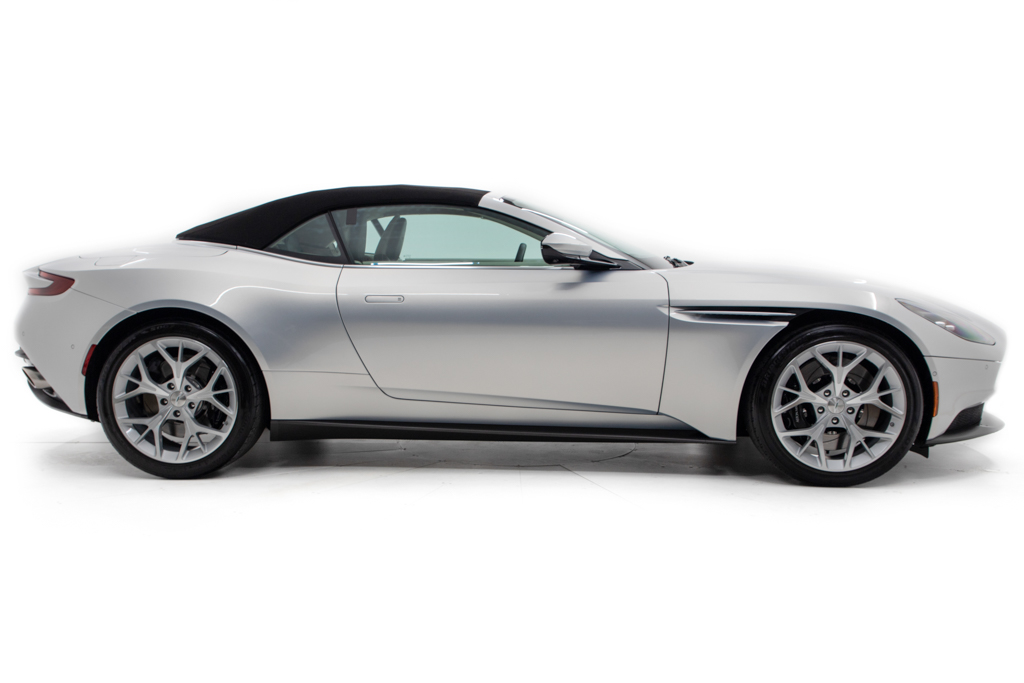 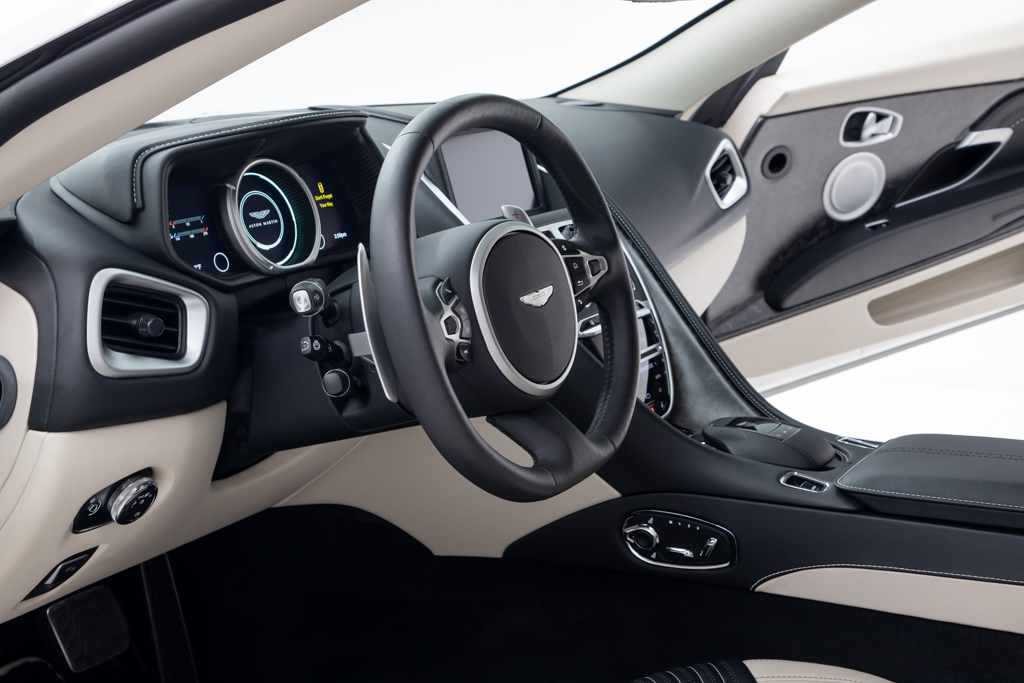 Looks like the offer you entered was a little bit too low. Please go back and try again.
Back
Make Offer
Get Financed
Make Offer
$59,999
Get OfferMake OfferCALL US