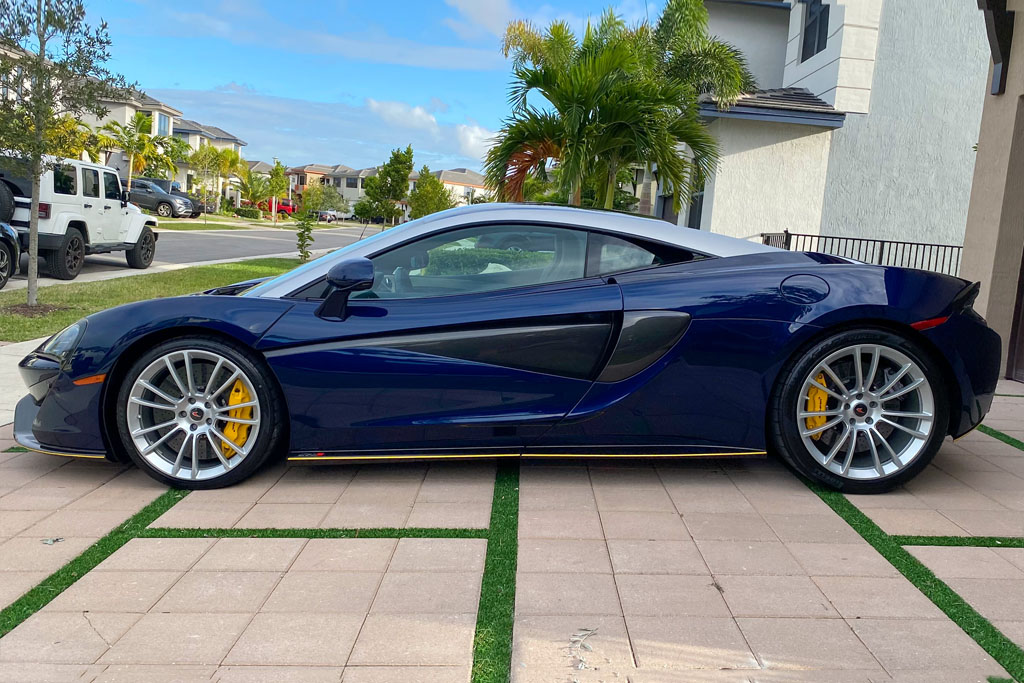 New Zealander Bruce McLaren was a legendary race car driver, designer and engineer who has an entire automotive brand carrying his legacy. Founded in Britain, McLaren Automotive shot into the spotlight when they revealed the McLaren F1 in 1992, as the fastest road car at the time. Today, the company is a tour de force in Formula 1 as well as fine British sports cars. In 2015, they unveiled the 570S as their entry-level offering. What we have on offer is a 2017 McLaren 570S Coupe from Florida with just 16,100 miles on its wheels. The current seller purchased it in 2019, and it’s reported to have always been serviced by the dealer, with service and maintenance records available. Two keys are included – a silver one and a yellow one. The original owner’s manual and books are included in the McLaren-branded book pack. 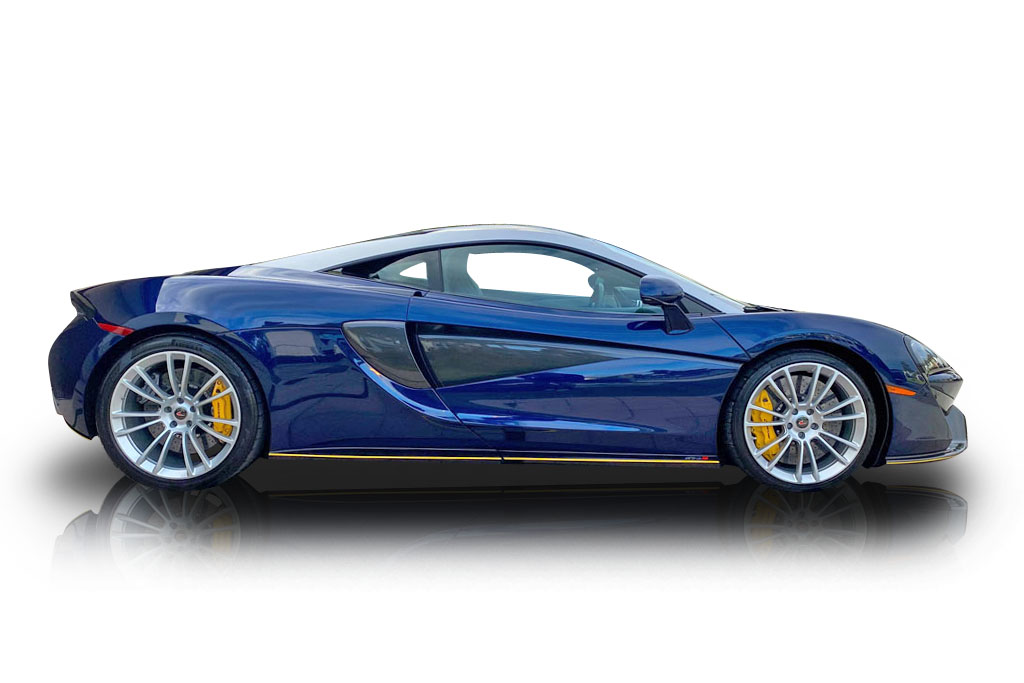 McLaren’s focus with the 570S was to offer daily usability and drivability in a sporty package that can still cut it up there with the pack. Penned by Robert Melville, the design is recognizable as no other but a McLaren. This 2017 McLaren 570S Coupe wears a blue exterior paintwork with a satin silver wrap installed on the column by the first owner, as well as yellow accent striping. It’s Pirelli P Zero Corsa tires are mounted on silver sport forged wheels, and reported to be in good shape. A McLaren-branded car cover is included in the sale as well. Climb into the black-and-white themed cabin, and there’s ample space for two occupants, with interior trim by McLaren Design. A 12-speaker Bowers & Wilkins sound system ensures that your tunes will sound spectacular, whilst electric seats offer convenient adjustment. The driver grips a Carbon Black steering wheel, and branded floor mats are installed. Climate control, parking sensors and a rear camera add modern-day conveniences, as does the vehicle lifting system that is a boon when traversing rough roads or high speed humps to avoid scraping the undercarriage.

This 2017 McLaren 570S Coupe packs a 3.8L twin-turbocharged engine, mounted in a rear-mid configuration and driving the rear wheels via a seven-speed Graziano dual-clutch transmission. The engine delivers 562hp (570PS hence the 570 name) and 443lb-ft of torque, which grants the car a zero to sixty sprint time of just 3.2 seconds, and it tops out at 204mph. To ensure that the battery remains topped up if the car is parked for a long period, a McLaren-branded trickle charger is included in the sale. 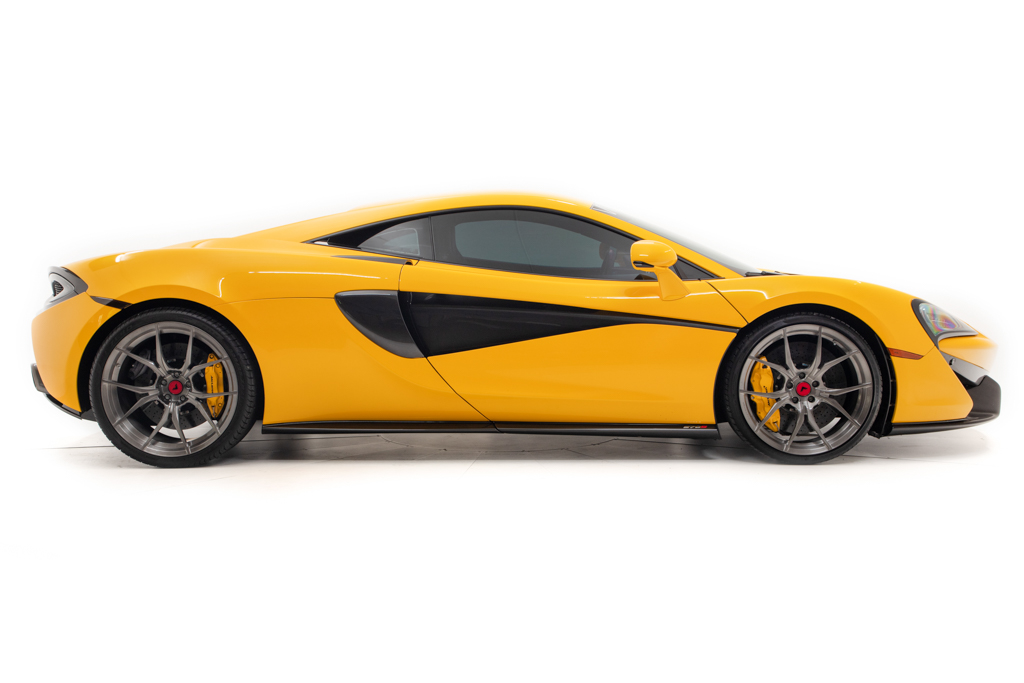 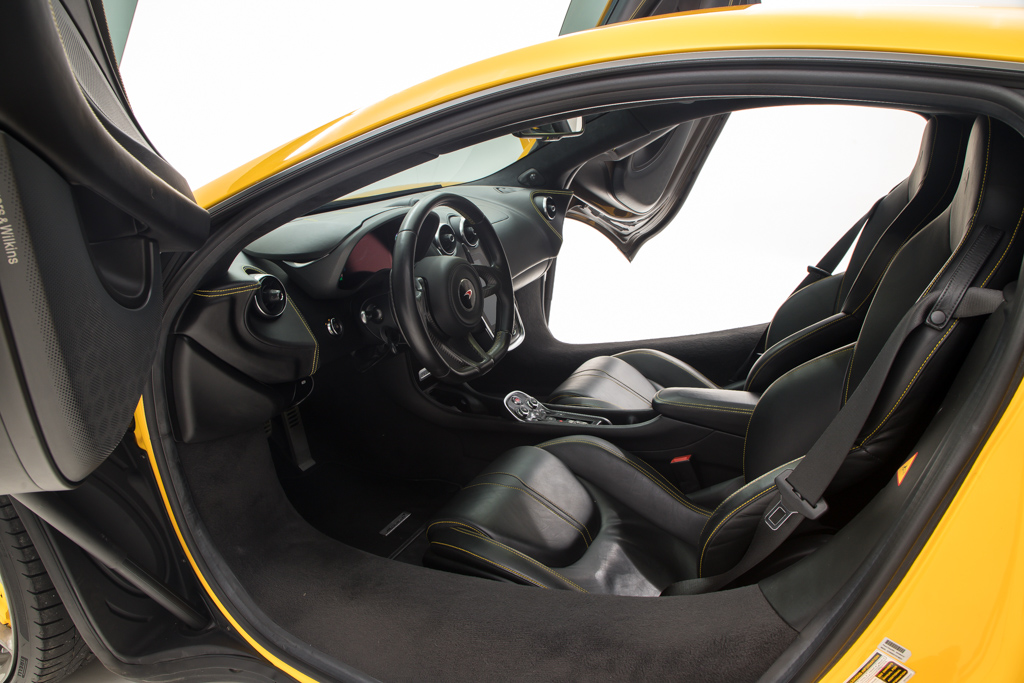 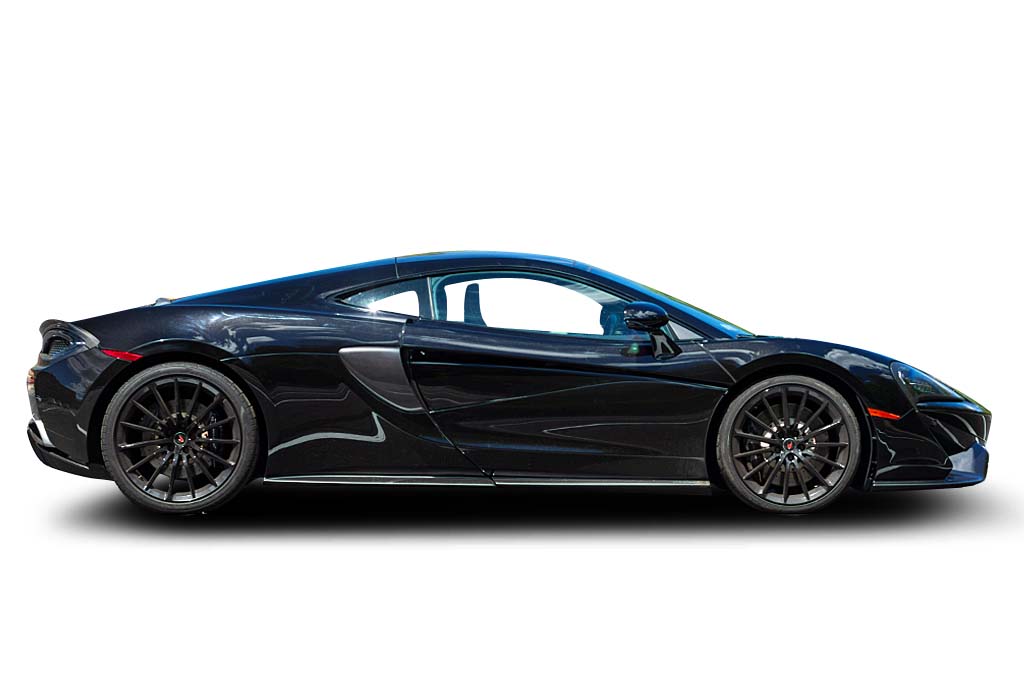 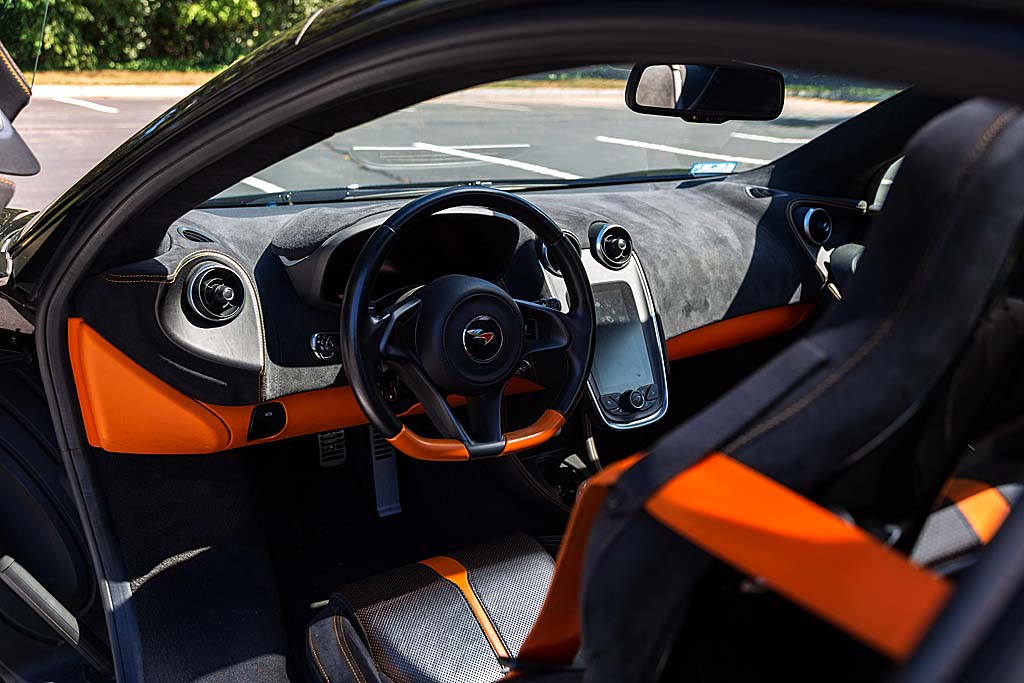 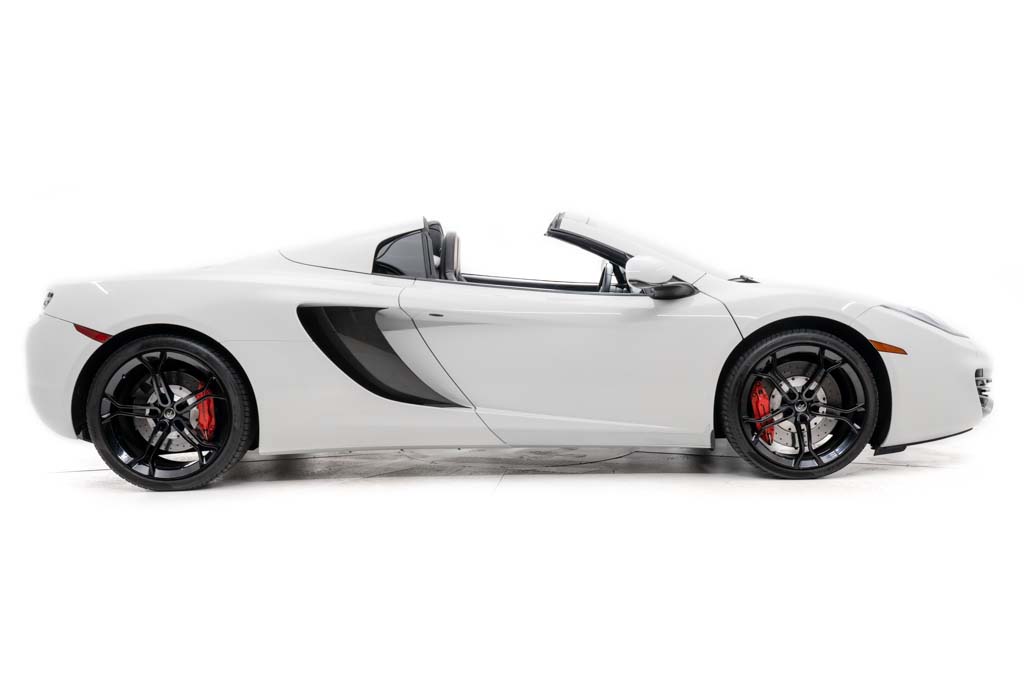 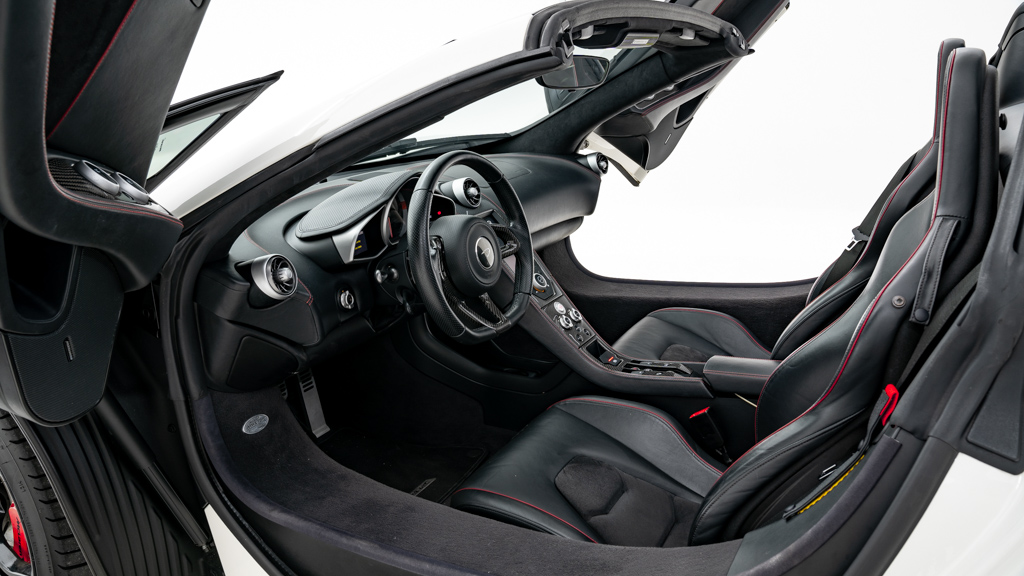 Looks like the offer you entered was a little bit too low. Please go back and try again.
Back
Make Offer
Get Financed
Make Offer
$174,999
Get OfferMake OfferCALL US