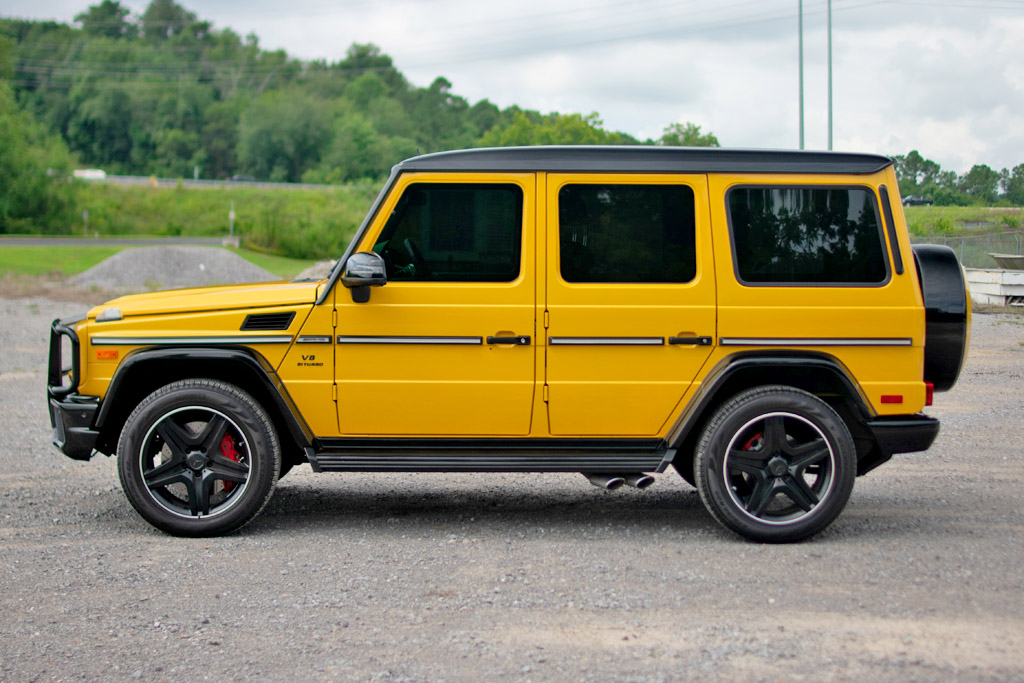 One of Mercedes-Benz’ most popular models is the G63 luxury SUV. The G63 came to be after the Shah of Iran suggested that Mercedes-Benz build a civilian variant of a vehicle for military use, and as such the Mercedes-Benz G-Class was born. Although its roots of utilitarian have not been shorn off, the G63 AMG is now considered as a luxury SUV, and it’s still being used by law enforcement and the military, minus the luxury of course. The G63 AMG is an able off-roader, even with all the luxury trimmings, making it a vehicle that can be taken to an upscale party in the night and an off-road drive the next morning. Our subject vehicle is a 2016 Mercedes-Benz G63 AMG 4MATIC from Tennessee, with the exclusive AMG Performance Studio Package and with just 25,850 miles on the clock. 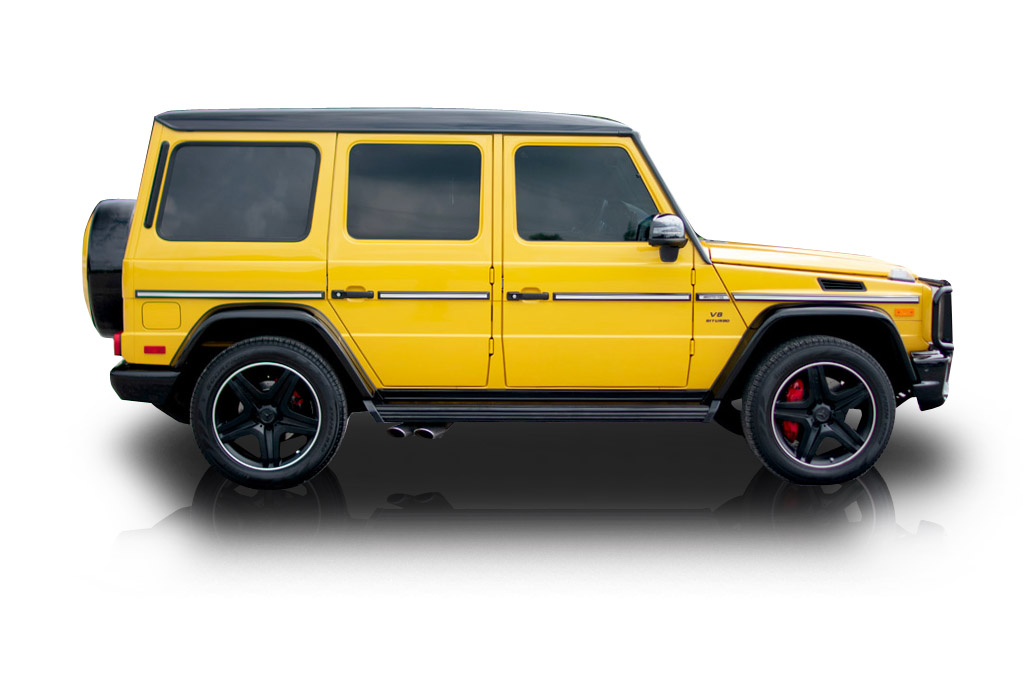 A highly sought-after color is the AMG Solarbeam Yellow exterior, which this 2016 Mercedes-Benz G63 AMG 4MATIC proudly wears. Its shoes are a set of black painted AMG 20” 5-spoke wheels wrapped in Pirelli performance rubber. Stopping power is courtesy of all-around disc brakes with red painted brake calipers. The AMG Performance Studio Package includes a tasteful interior carbon fiber trim with a contrasting cross-stitch matching the exterior paint while the roof, fenders, bumpers, and spare tire surround are painted in Obsidian Black metallic paint. All exterior badges on this G63 are painted in matte black. The front brush guard is also done in black, providing you with enhanced protection and dashing looks. The interior features design black Nappa leather with a diamond cross-stitch on the seats and the AMG logo midway. The AMG logo lettering is also etched on top of the rifle-bolt like door locks. All the Mercedes-Benz creature comforts you’d expect are present, including front electric heated seats, dual-zone climate control and the full infotainment system. Three prominent switches smack in the center console operate the three locking diffs.

This Mercedes-Benz G63 AMG 4MATIC is powered by a formidable, tuned motor from AMG. AMG is one of the most sought-after tuners in the world, and as such companies like Mitsubishi, Chrysler and Pagani, to name a few, have partnered with this company in the past. This G63 features an AMG tuned 5.5L biturbo V8 producing 563 hp of power along with 561 lb.ft of torque. It is mated to a 7-speed automatic transmission. The 5,961lb beast is able to achieve a 0-60mph sprint time of 5.4 seconds and top speed is electronically capped at 130mph. With the active stability-control system available the G63 moves like a dream. 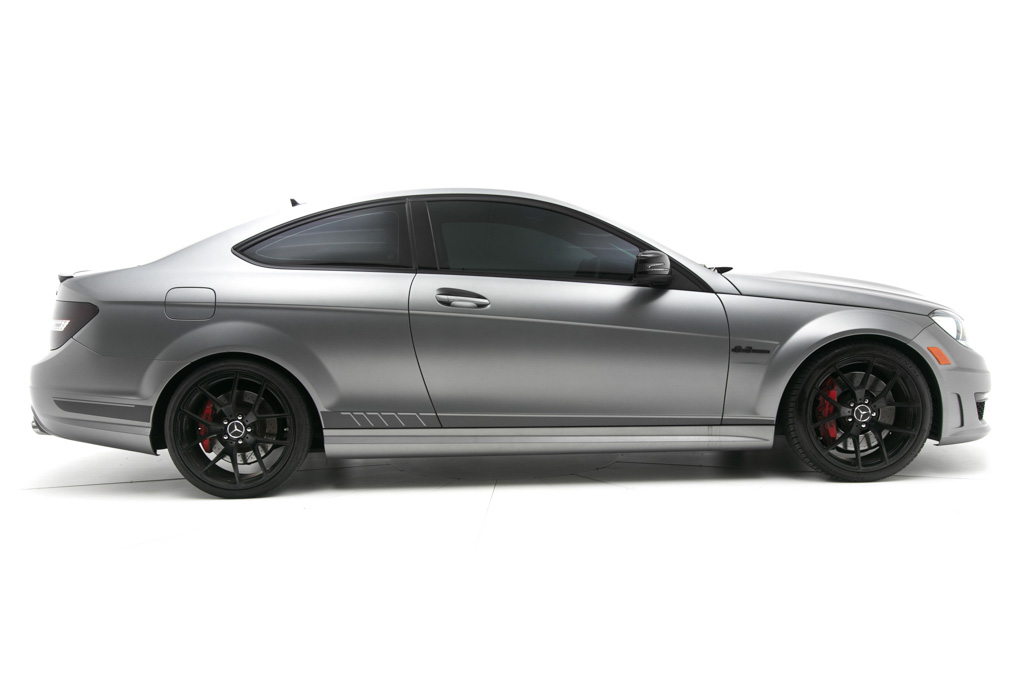 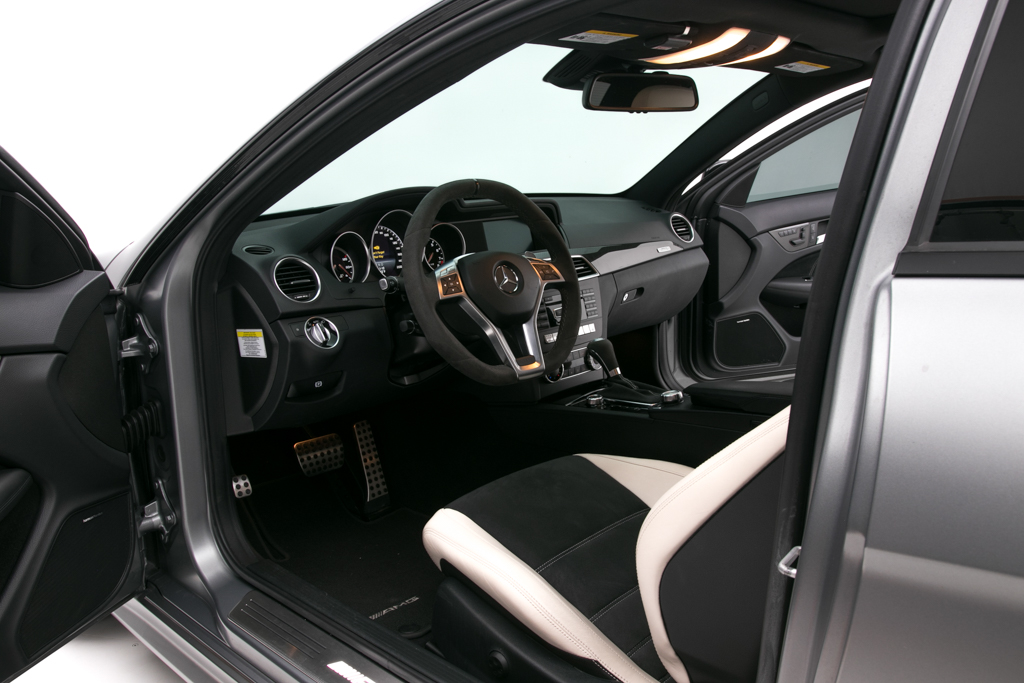 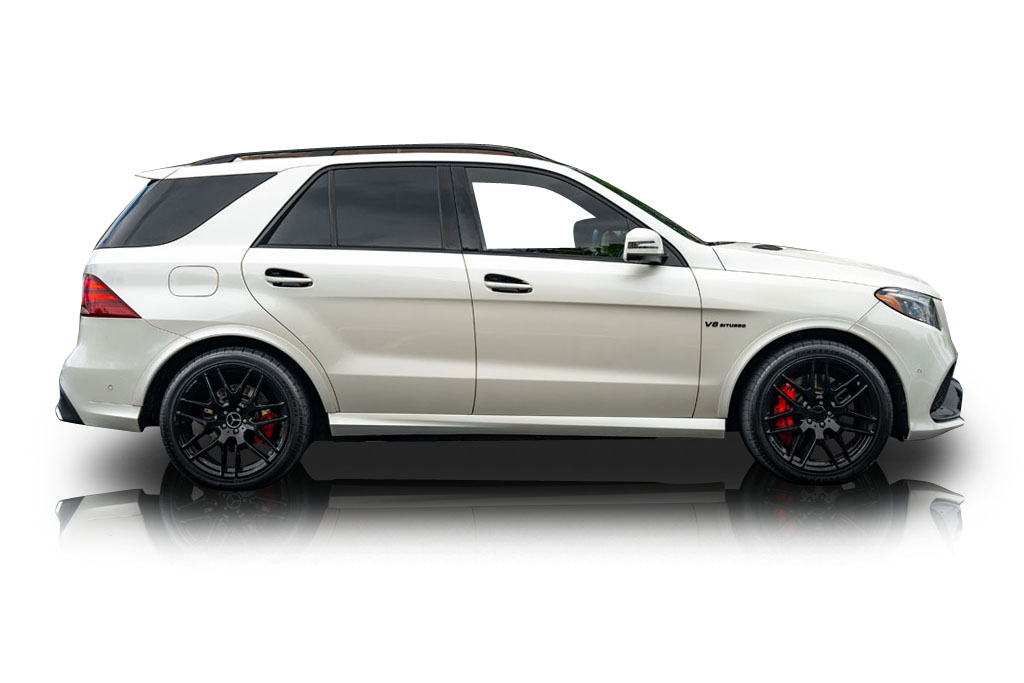 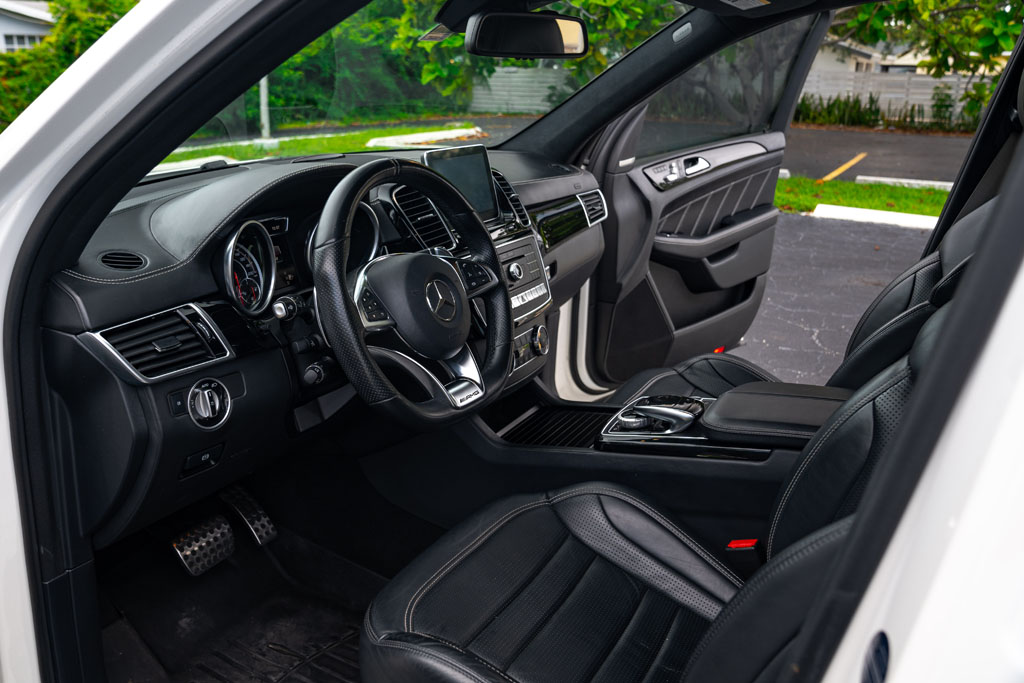 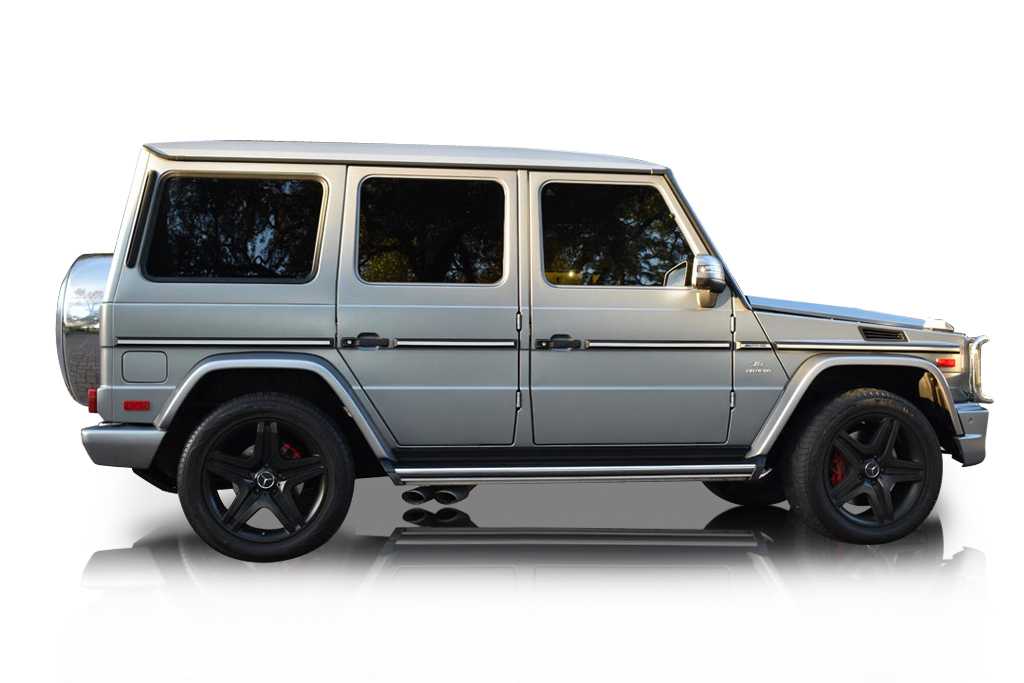 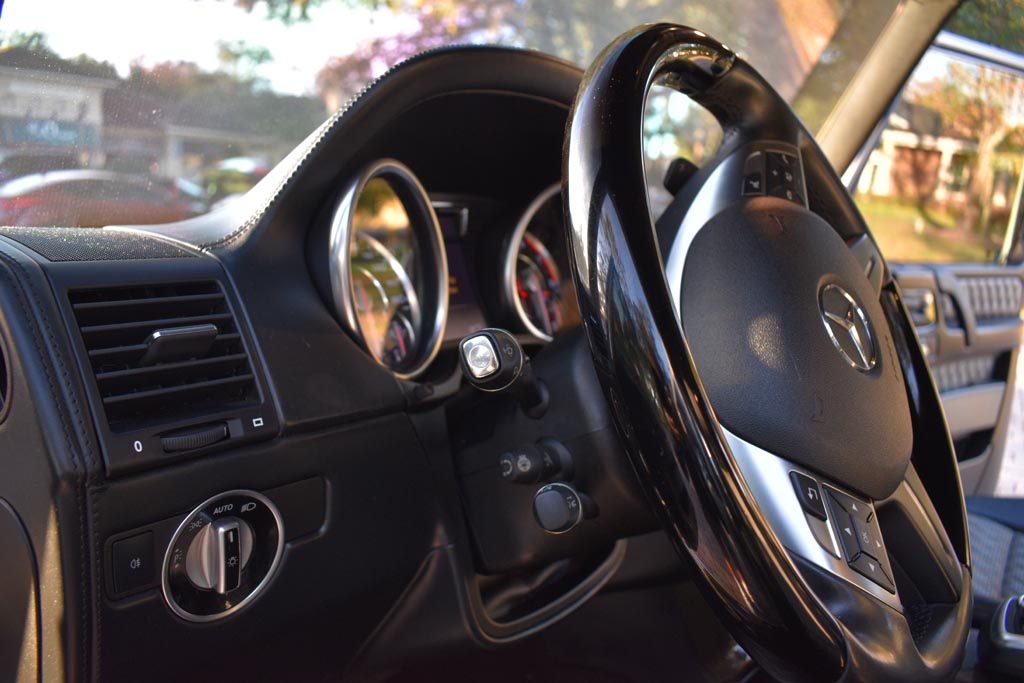 Looks like the offer you entered was a little bit too low. Please go back and try again.
Back
Make Offer
Get Financed
Make Offer
$127,499
Get OfferMake OfferCALL US