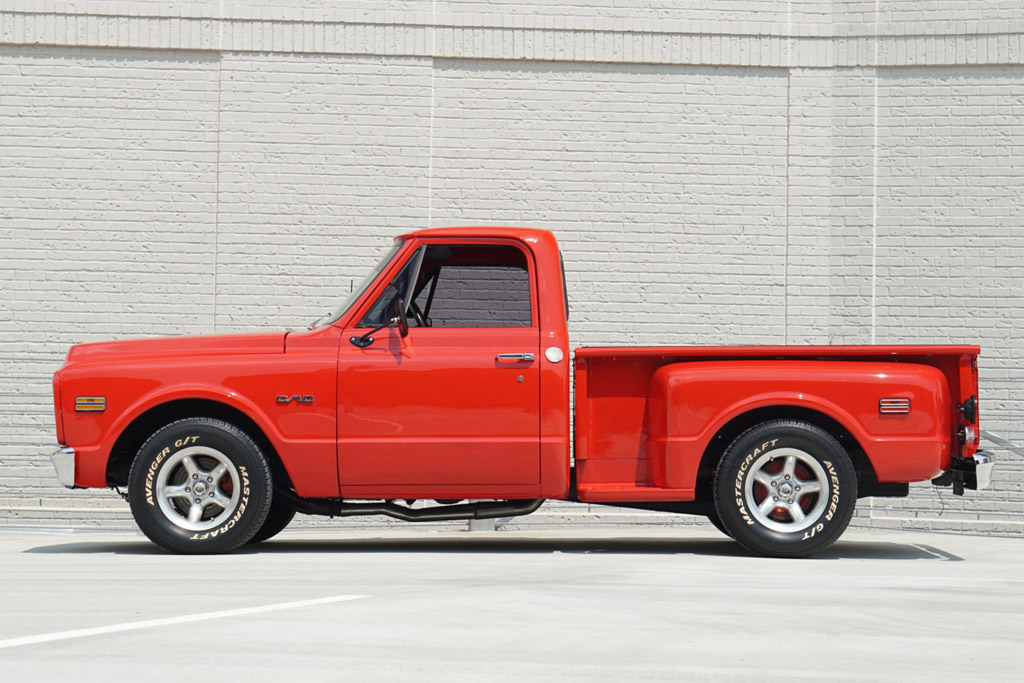 Chevrolet’s C and K series of full-size pickup trucks were manufactured between 1960 and 2002, in four generations. The C and K series were also badged as GMC C/K series vehicles, as well as the GMC Sierra. No longer produced, the successors are now the Chevrolet Silverado and GMC Sierra. The second-generation ran between 1967 and 1972 and retained the body-on-frame structure of the first generation as well as the coil-sprung rear axle, but the body was redesigned. The C series denotes 2WD trucks, whilst the K series corresponds to 4WD variants. This 1970 Chevrolet C-10 Stepside is a half-ton full-size pickup truck that underwent a frame-off restoration in 1999. It comes from Georgia with just over 17,100 miles under its belt. 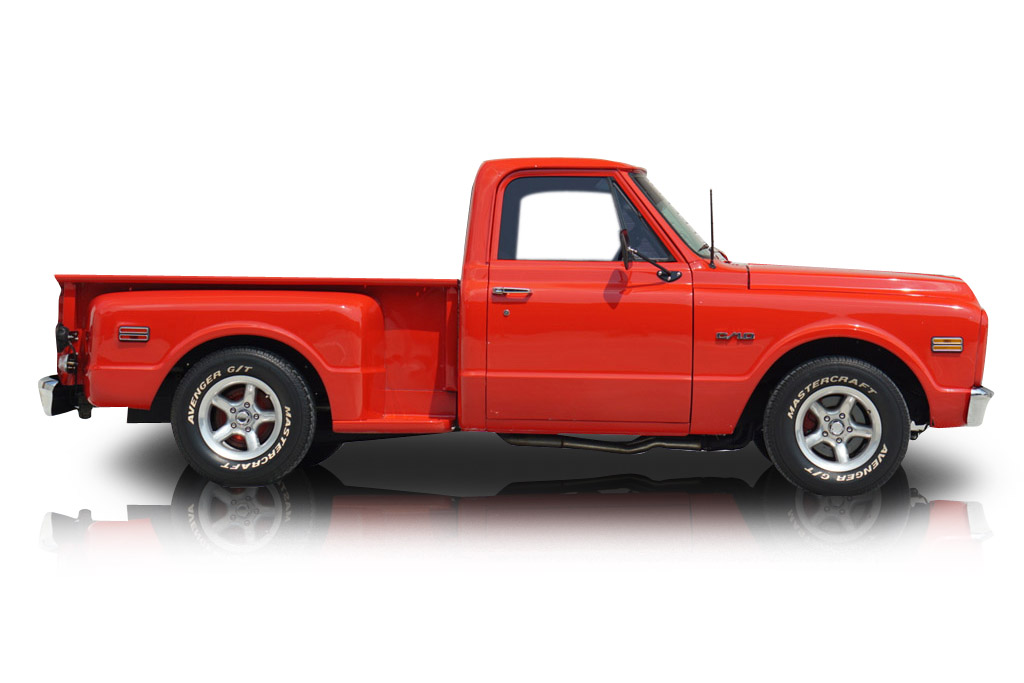 The design of the second generation saw some significant changes from the first, with the aim of modernizing and freshening it up to take it into the seventies. This 1970 Chevrolet C-10 Stepside wears a very eye-catching Rouge Red paint job and rolls on a set of silver five-spoke alloy wheels wrapped in chunky Mastercraft Avenger G/T tires. All lights and chrome parts appear to have been refurbished during the restoration. Tinted windows are included for a privacy-oriented touch, and a wood-slatted bed is ready to accept your cargo carrying needs. The interior sports a gray cloth bench seat and body colored dash. The steering wheel is a four-spoke Grant GT unit, and the meter cluster has been freshened up with a retro-modern touch in the shape of digital instrumentation that sits neatly within the binnacles of the old analog gauges and light up in cool blue. Moving bar displays for speed and engine RPM add to the allure. Music needs are catered to by a modern Kenwood Radio/CD receiver that neatly sits within the dash.

The second-generation C-series was offered with a variety of in-line six, V6 and V8 gasoline engines ranging from 4.1L (250ci) to 6.6L (402ci). This 1970 Chevrolet C-10 Stepside is powered by a 5.7L (350ci) V8 engine that put out 250hp and 350 lb ft when new, fed by a 4-bbl carburetor. The power is sent to the rear wheels via an automatic transmission that offers an easy driving experience, whilst front disc brakes and rear drums ensure adequate stopping power. 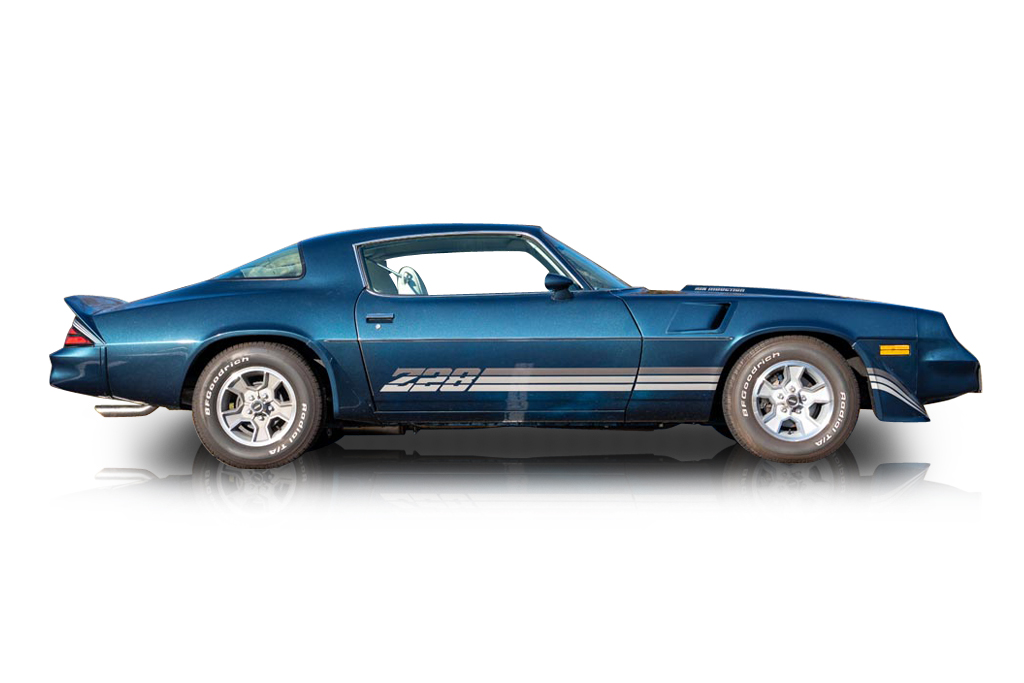 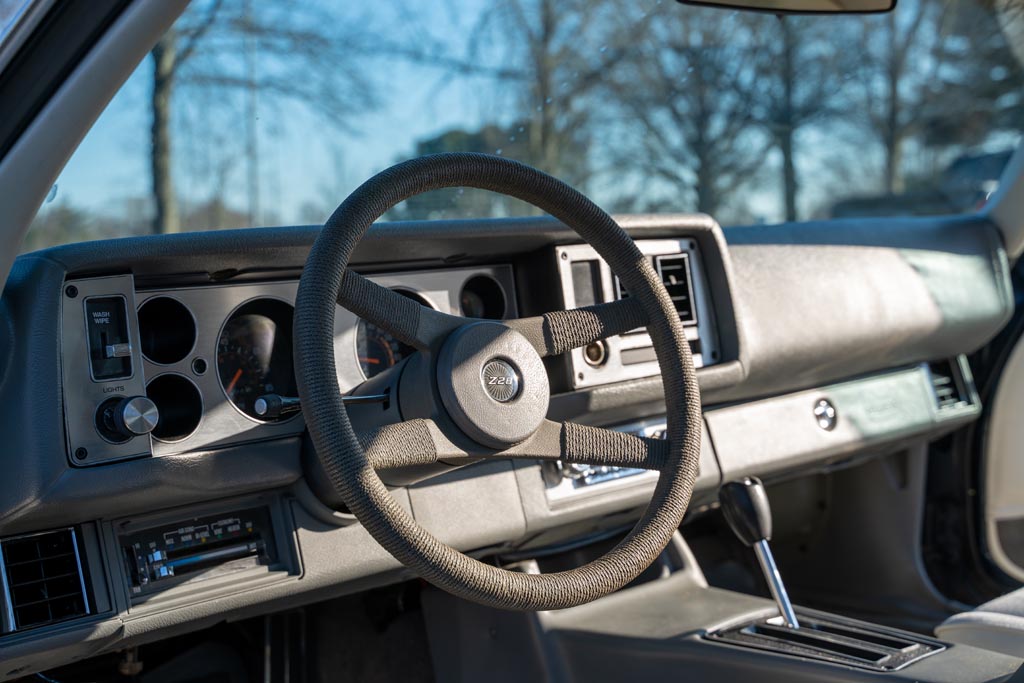 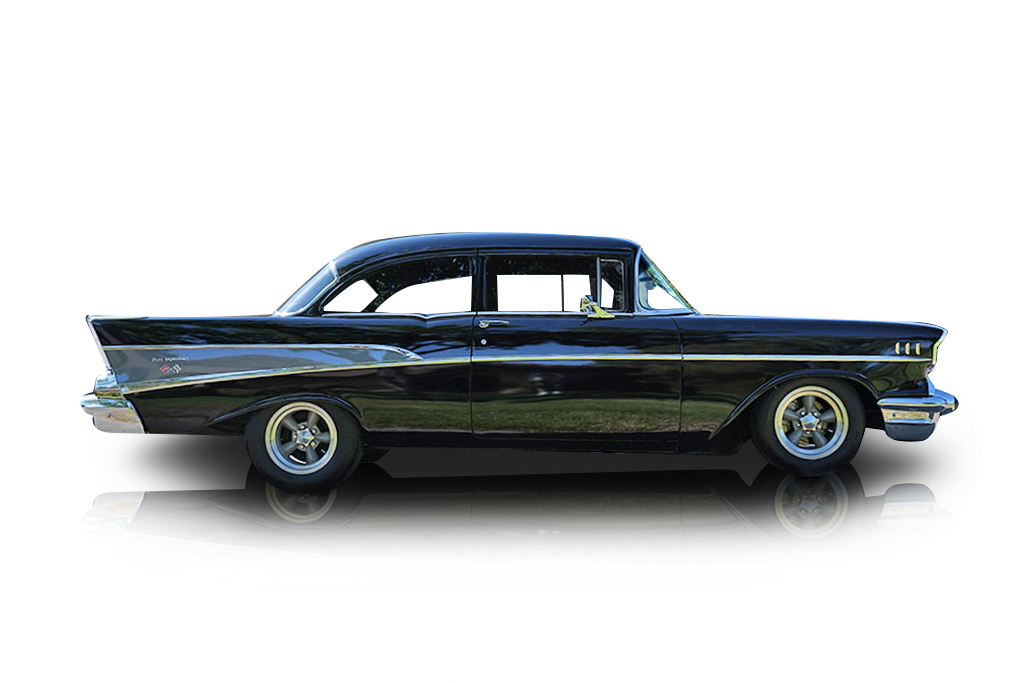 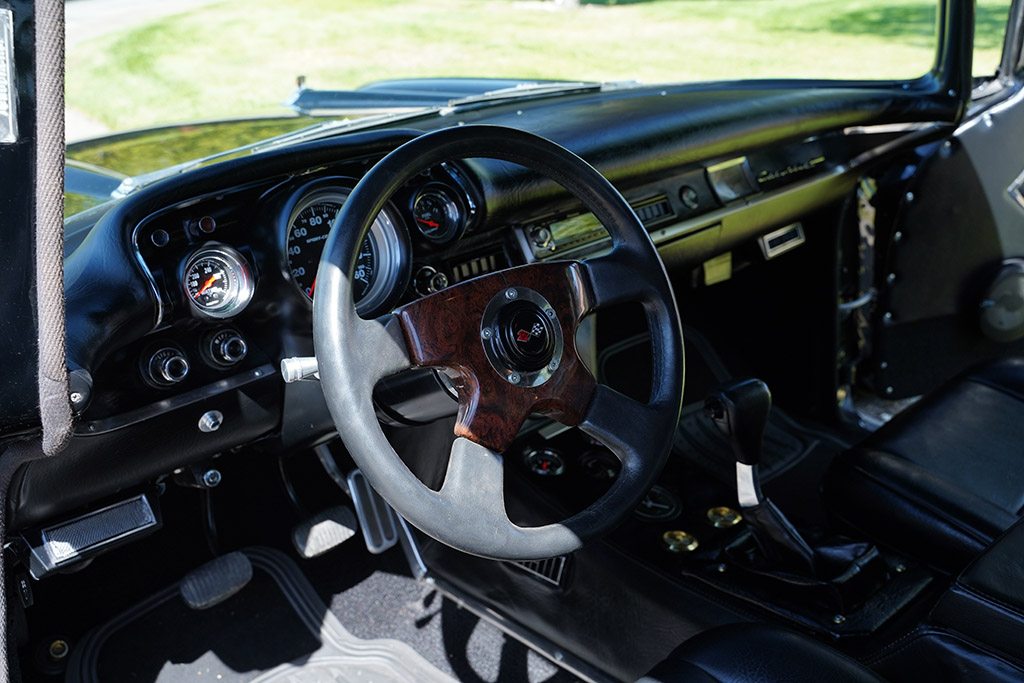 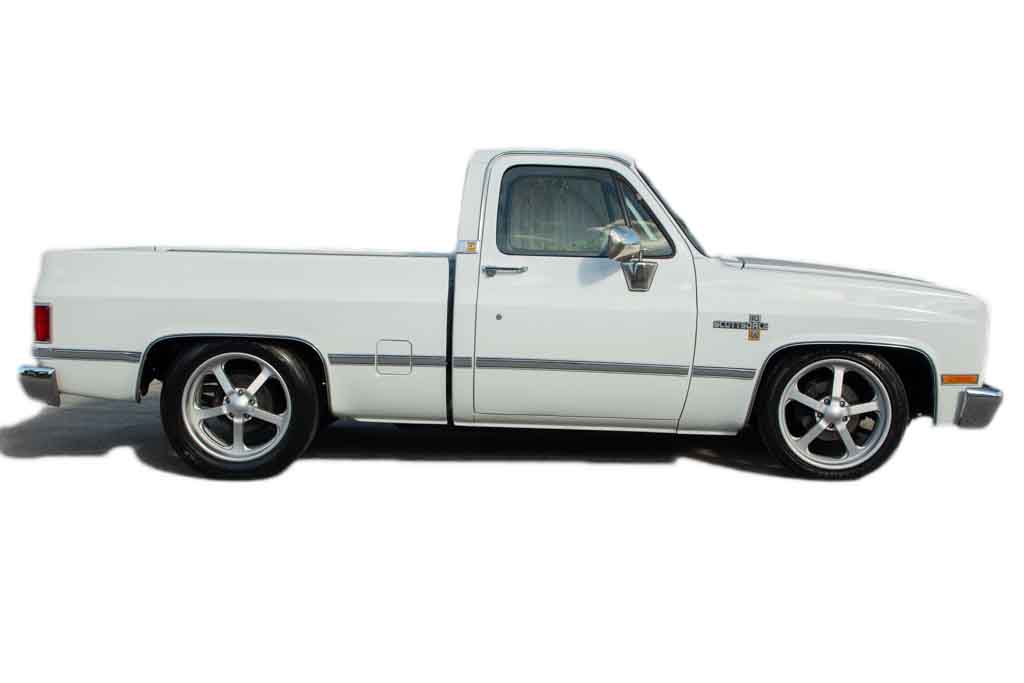 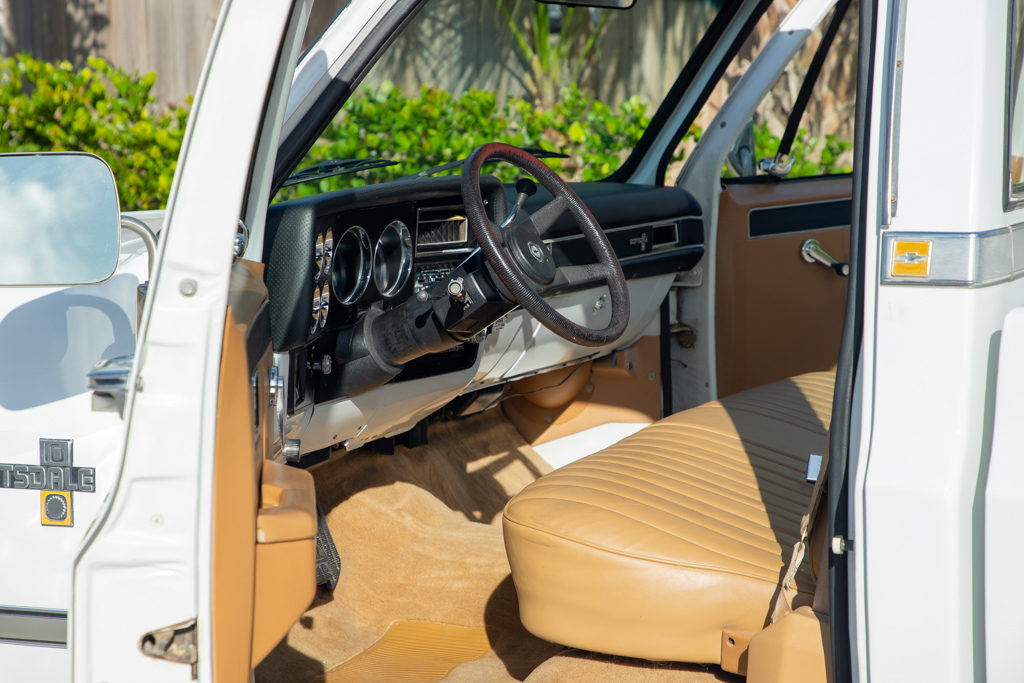 Looks like the offer you entered was a little bit too low. Please go back and try again.
Back
Make Offer
Get Financed
Make Offer
$22,499
Get OfferMake OfferCALL US