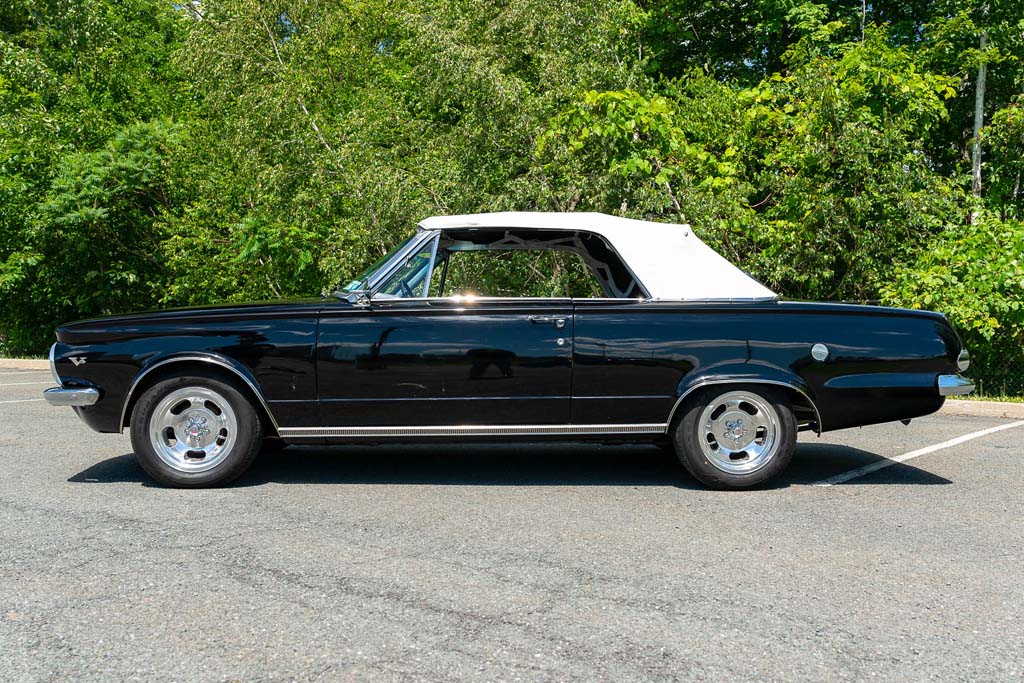 In the late fifties, Plymouth wished to enter the compact car market which, in the US, was still a relatively niche market. It debuted the Plymouth Valiant in 1960 to target this market. The Valiant model range comprised a four-door sedan and wagon, and a two-door sedan and hardtop. After three model years, the second-generation debuted in 1963 and introduced a convertible to the mix, as well as the range-topping Signet trim, which included a vinyl-covered roof. The Valiant was popular in the US and Canada, as well as select overseas markets, and even ran a factory team of two-door sedans at the 1965 SCCA Manufacturers’ Rally Championship. Here, we have a 1965 Plymouth Valiant Signet Convertible that has undergone a full restoration and rebuild six years ago, with a scant 200 miles since then. Hocanson Speed and Power are reported to have done the rebuild, and this car hails from New York. It’s a numbers-matching car, and the Valiant is now gaining status as a desirable car, as well as collector’s item so this would be a prudent buy for the discerning collector. 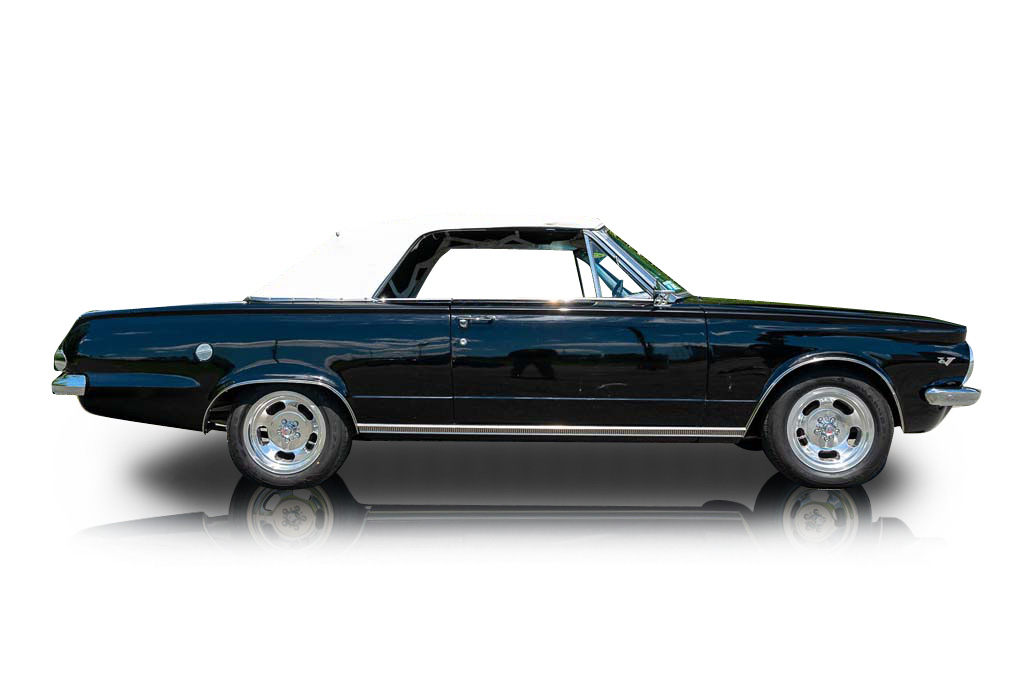 The Elwood Engel-penned exterior saw much change for the second generation, with a sharpening of lines and creases, and a general nip-and-tuck. This 1965 Plymouth Valiant Signet Convertible is dressed in gloriously lustrous black with a contrasting white convertible top that is reported to have been redone. It sits on 15” US Mag Indy wheels, wrapped in 205/60-profile tires all round. All the chrome bits are present and correct, as is the badging. The interior is black, and seats four adults. The thin-rimmed steering wheel features the Valiant logo on the boss, and the art-deco-style Valiant Transaudio push-button radio is installed in the center of the dash.

Engines on the second-generation Valiant were a mix of V6 and V8 powerplants, and this 1965 Plymouth Valiant Signet Convertible comes with the highest powerplant offered, the 273ci (4.5L) V8. Fed through a 2bbl carb, the engine is rated for 180hp. It drives the rear wheels through a TorqueFlite three-speed automatic transmission. This car has had many mechanical parts refreshed and replaced, including the aforementioned engine and transmission rebuild, a radiator and engine flush, a MIS1000 exhaust pipe installed, replaced thermostat gasket, radiator and heater hoses, new oil pump and screen, new transmission seal, and new water pump, among others. Four original wheels, tires, and wheel covers will be included in the sale.

-4 original wheels, tires, and wheel covers included in the sale 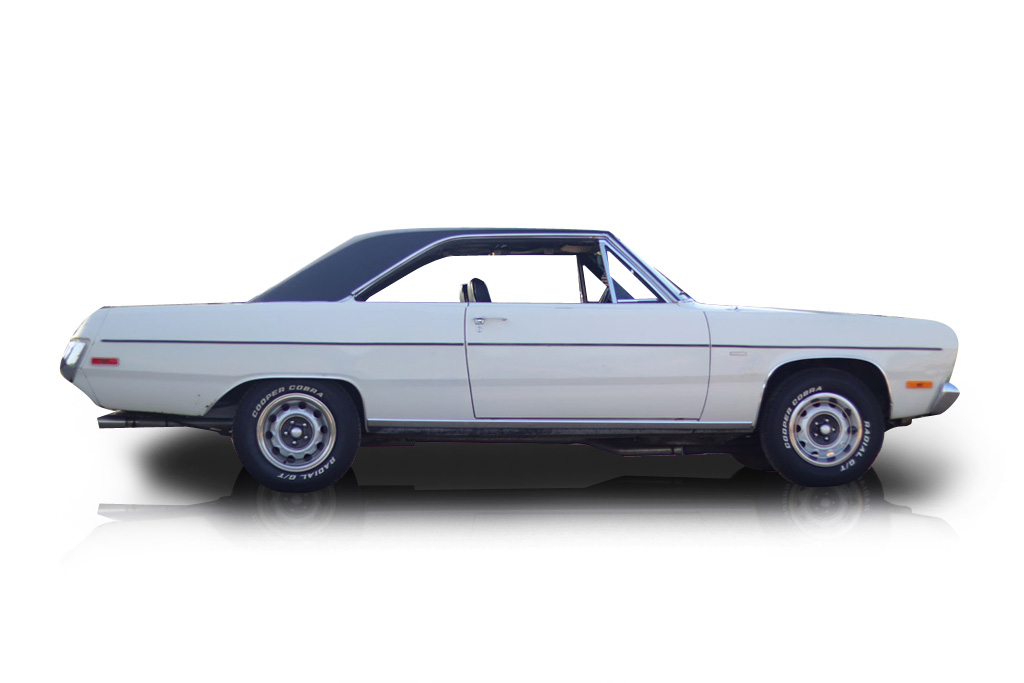 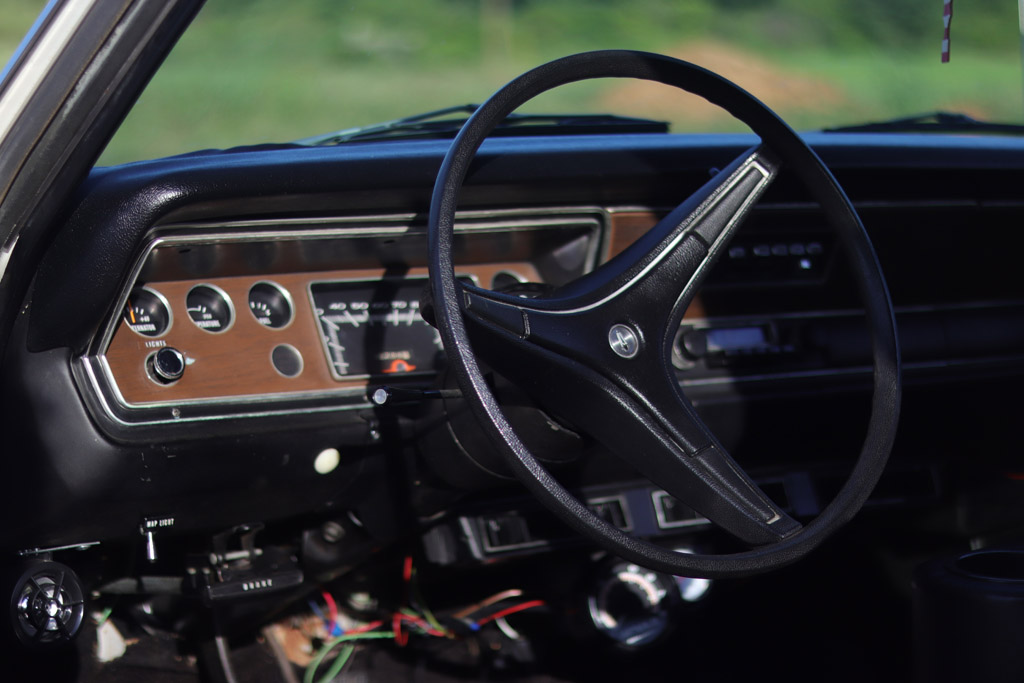 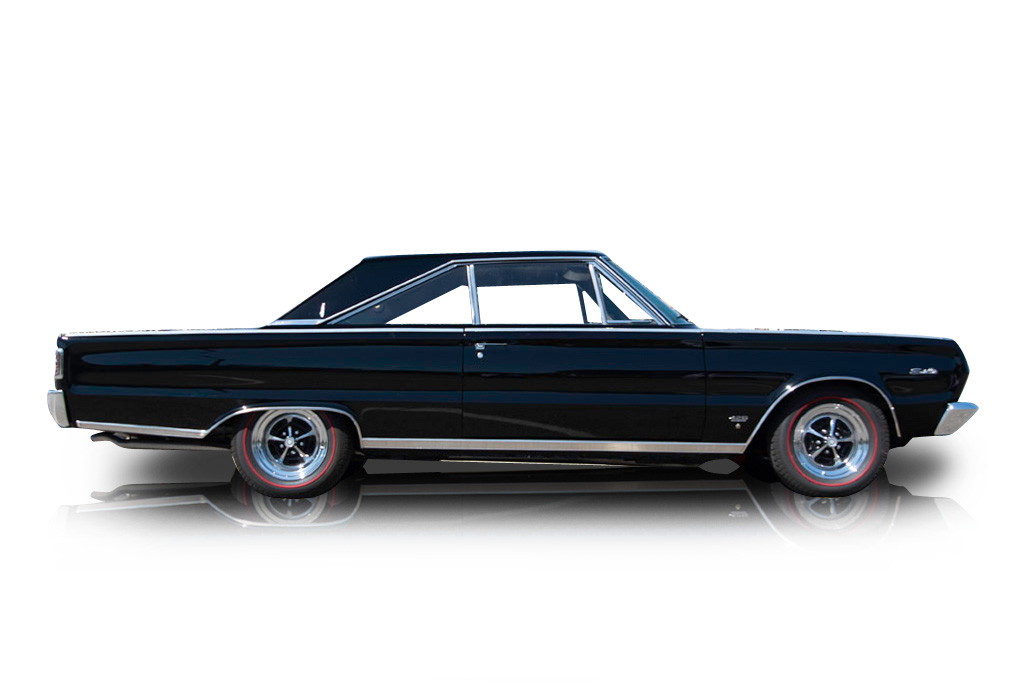 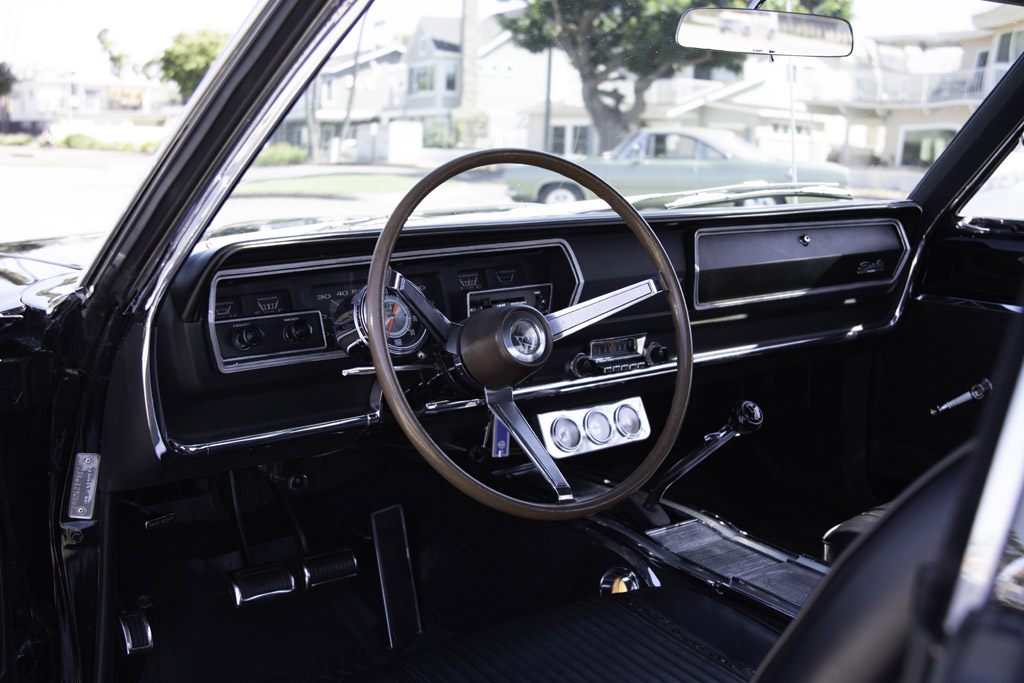 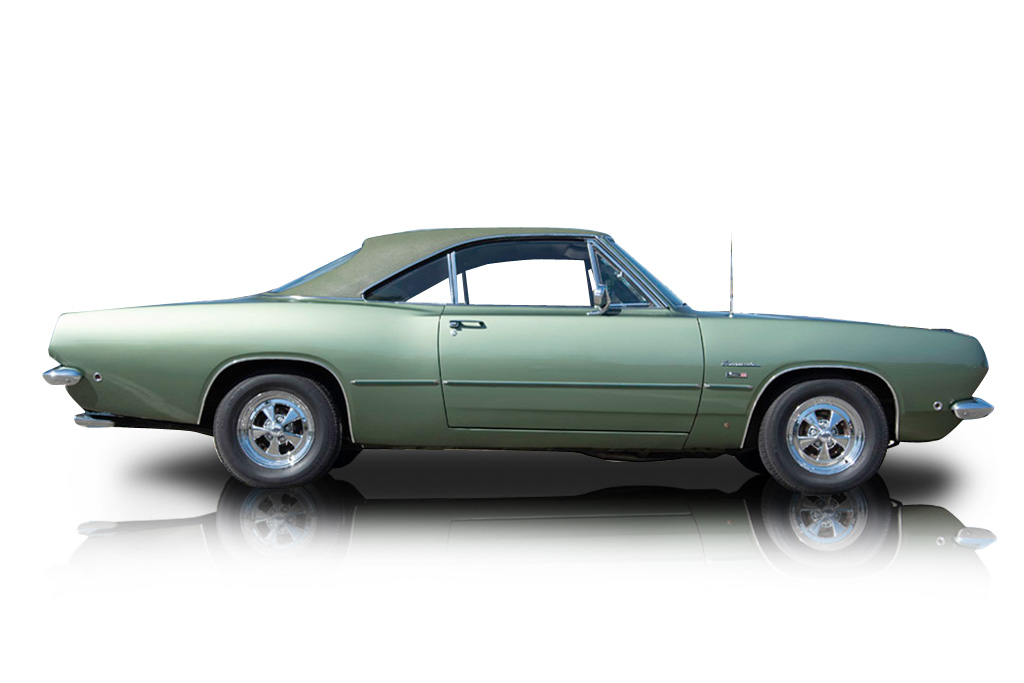 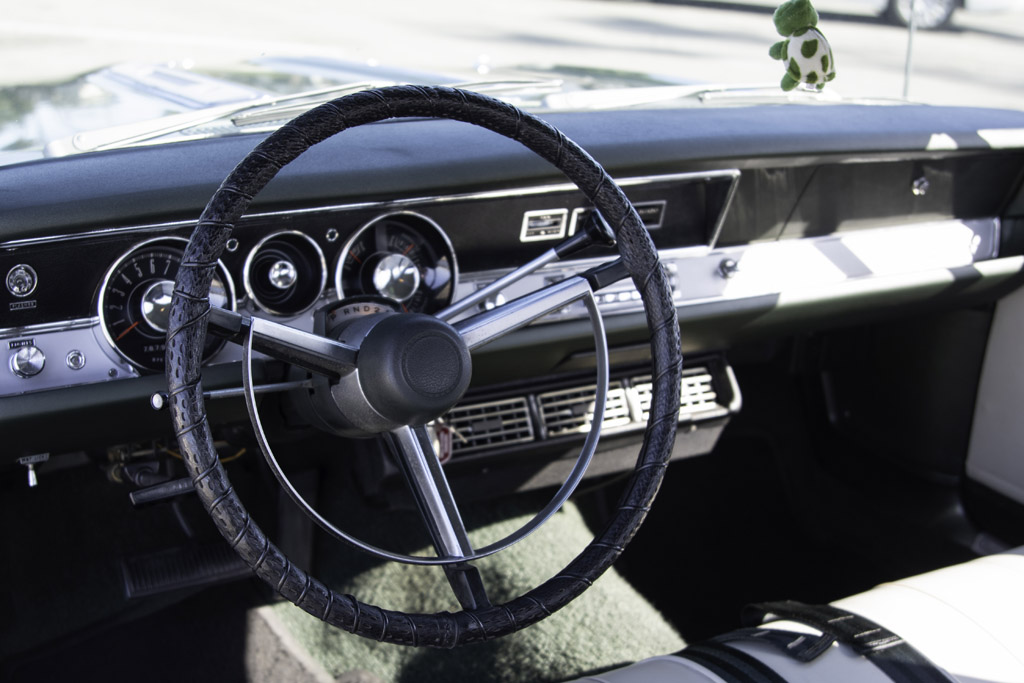 Looks like the offer you entered was a little bit too low. Please go back and try again.
Back
Make Offer
Get Financed
Make Offer
$19,999
Get OfferMake OfferCALL US